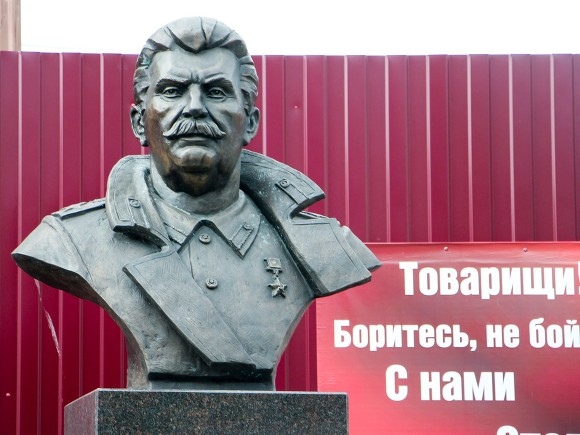 I, like most other people, you will not see the “Death of Stalin” because Medina Mikhalkov decided that this was a bad movie and it should not show in Russia. By the way, if Medina is so decided, that the film would be interesting to see, because the Minister of culture has repeatedly proven that as time in culture (theatre, cinema, music, museums), he did not understand. Well, okay, small loss, will survive.

And now life itself compensated for some of this misunderstanding. I clicked through the TV channels and one digital, I came across footage that made me the brakes (actually I do not watch TV). The camera showed how the Communists lay flowers at the bust of Stalin by the Kremlin wall. First showed Zyuganov. Then went members. Camera close-up showed their faces. There was no text, no music, only Stalin’s bust and face. I’m sorry, but I couldn’t tear myself away from this fascinating spectacle. It’s been five, ten, twenty minutes — I looked it up. They all walked and walked. Individuals were mostly older and even much older. But young ones can also be found. Many were baptized at the bust of Stalin. You know — they were baptized on the murderer, as an icon. Someone applied to the stone with a kiss.

It was thirty, forty, fifty minutes, and this film did not end there. No voice-over words, no music, nothing — just the face and studs to the bust of Stalin. Mountain pinks growing. To break away from the sight was impossible. I sat as if hypnotized. Shock.

And I do not need no more British film about the fact that Stalin died. He’s not dead. Here it is — on the red square near the Kremlin walls. And he baptized these people. Go, go, there is no number. I looked at these people — well, they cannot all be descendants of the guard and kostolomov. But then who is? Why? How? Many questions arise. 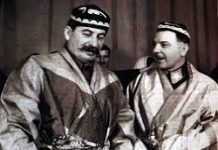 Another Stalin — and the country will become a desert 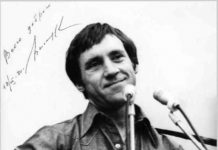 Is it possible to simultaneously love and honor Vysotsky and Stalin? 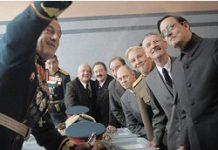 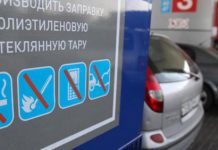 Stalin will not save