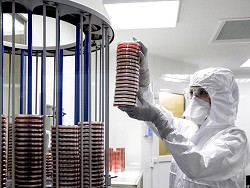 The capital cost of scientific organizations in Russia grew by almost five times in 20 years. The data provided by the Institute for statistical studies and Economics of knowledge Higher school of Economics (issek HSE).

According to the study, at the disposal of “Izvestia”, more than half of money spent in new facilities. According to the authors of the document, it is a good indicator of the development of science in the country — it corresponds to the world level.

— Technical equipment of scientific organizations is an important indicator of the development of science in the state, then we do not lag behind the most developed in terms of States, — told “Izvestia” one of the authors of the study, head of the Department for statistics of science at the issek HSE Svetlana Martynova.