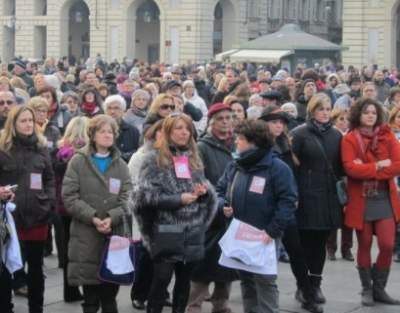 In the action participated more than five million women.

Not less than 5.3 million people participate in the universal feminist strike in Spain dedicated to the International women’s day.

The organizers of the action were the trade unions “Workers Commission” and the “General Union of the workers”. Meetings are held throughout the country.

Some strikers don’t work all day, part of participating in a “partial strike”, alternating two hours of work and strikes during the entire working day.