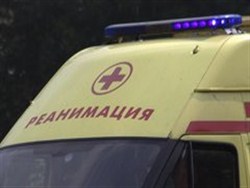 It is reported TASS, citing the statement of the Ministry of defense.

“On October 25 at about 18:20 hours local time, with the changing of the guard the soldier is repair-technical bases stationed on the territory of Baikal region, opened fire on his colleagues from his service firearms. As a result, eight soldiers were killed on the spot, two more got wounds of varying severity”, – is told in the message.

On the scene has already left the Commission, headed by Deputy defense Minister Colonel-General Andrei Kartapolov. Also conducted investigations to establish the circumstances of the incident.

Shooting soldiers arrested the wounded are in a military hospital. Their life is not in danger.