The company Meizu will release this year a lot of new smartphones – it has presented frameless M6S and prepares flagships 15 and 15 Plus. Also its model range will appear in the apparatus of E3, seemed to today on the first “live” photo. 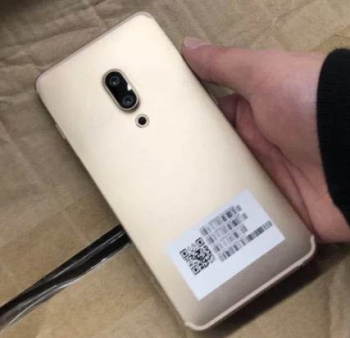 Photo source Meizu E3 remains unknown, and there is no evidence of the authenticity of the image, and the format of the display of the smartphone as the photo is only of his back. Here you can see the new design of the rear wall, and the presence of a double main camera and brand ring flash. Judging by the description, the new Meizu E3 will be enveloped in a full metal body that will have a positive impact on reliability and strength, but exclude the possibility of wireless charging. However, it certainly will replace on fast, so small loss.

According to rumors, the Meizu E3 screen will be widescreen with an aspect ratio of 18:9, and the price of the smartphone will be about $ 180. Premiere of the device is expected in March of this year, and in February Meizu is preparing to introduce its flagship 15 and 15 Plus their debut, most likely, will take place in Barcelona at the MWC show in 2018 at the end of this month. Specifications Meizu E3 at the moment remain unknown.