Smartphone Huawei P20, which will be the most powerful cameraphone in 2018 due to the three cameras on the rear panel, will be released in three different configurations. This was reported today by the insiders and also confirmed his name, – P20 and not R11. 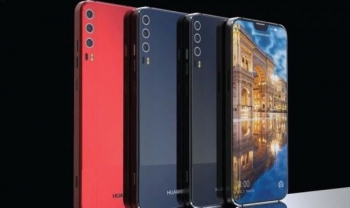 For the flagship, there are three versions – is the standard Huawei P20, P20 Huawei improved with more powerful hardware and larger display screen P20 and Lite Huawei Lite for those who want a top camera, but not willing to pay a lot of money. So, the smartphone will have three main cameras, three configurations, and how many colors of its body will offer a Chinese manufacturer? All right, three blue, Klein Blue, pink, Sakura Pink and classic black Midnight Black.

Trio versions of Huawei P20 will be released in 2018 or MWC in Barcelona in late February, either in a separate event in March or April – both options have a place, and they have no official confirmation. On the characteristics of the smartphone little is known, but he will definitely be 6 or 8 GB of RAM and a screen without frames, and its main camera will be able to do 40-megapixel photos. We also recall that at MWC will announce the Korean smartphone Samsung S9 and S9+.