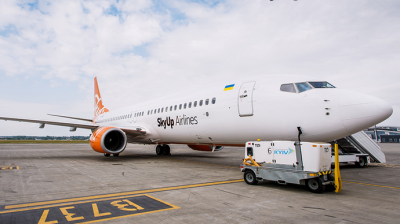 It is noted that the flights will be operated every Saturday at 10:30 from the airport “Kharkiv”, and from Sharjah airport at 18:40 local time.

The standard price for one way ticket starts from 3999 UAH without Luggage.

According to General Director of the company SkyUp Airlines Eugene Janackova, after completion of repairs at the airport in Dubai is planned to start the flight Kharkov – Dubai (UAE).

“In 2018, the airport “Kharkiv” increased passenger traffic by 19% compared with the 2017 year. We see great potential in the region, so in 2019, expanding our cooperation. Now we open a seasonal scheduled flight Kharkov – Sharjah (United Arab Emirates) -Kharkov, and after completion of repairs at Dubai airport are planning to launch the flight Kharkov – Dubai (United Arab Emirates) – Kharkov. All of those are steps of realization of strategy of expansion of the flight program SkyUp Airlines from the regions of Ukraine. Our main goal is to make air travel as accessible as possible for the Ukrainians”, – said Hojnacki.