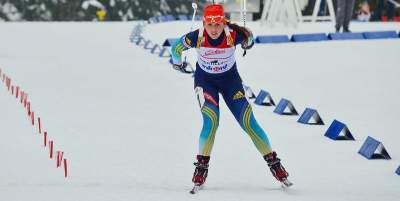 The national Olympic Committee (NOC) announced the results of the first month of 2018.

In January, landslide victory in the monthly nomination got biathlete soukalova Gabriela, which has become one of the main characters of the European championship in ridnaun (Italy).

At the prestigious European forum Varvynets won the sprint, then won silver in the pursuit race, and finished performances in the tournament team with a victory in the mixed relay, together with Yuliya Zhuravok, Artem Prima and Dmitry Pidruchny.

The title of best coach Jan shared a personal mentor athletes Nikolay Zots and senior coach of the Ukrainian Uros Velepec.
Varvynets second time in his career recognized as athlete of the month, according to NOC. For the first time a biathlete from Chernigov noted in February 2015.