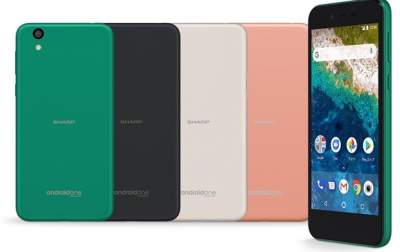 Cheap version of the iPhone – the 5C model went on sale in 2013. But after a couple of months, it became clear that the draft budget of the “Yabloko” failed.

But the design of the iPhone 5C turned out to be more “tenacious”. Company Fujitsu has released a smartphone Android One S3, which exactly copied the appearance 5C. The novelty came in the framework of the initiative of Google, which aims to create low-cost smartphones good quality.

On the market gadget received 1 February 2018.

The smartphone has a 5 inch screen, Snapdragon processor 430, 3 GB of RAM and 32 GB of internal storage. Battery Android One S3 with a capacity of 2700 mA/h the device Operates on latest version of Android — Oreo.