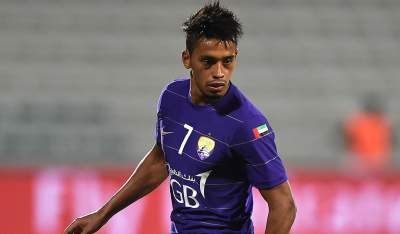 According to the publication “Record”, the signing of Cayo fernández personally interested in the head coach of “Shakhtar” Paulo Fonseca, and the main rival Shakhtar in the fight for the 24-year-old winger is considered to be Benfica.

Cayo Fernandez did at the recent club world Cup. The leader of “al ain” in four matches has 4 points on goal+assist system (1+3), and in the struggle for the title of best player of the tournament lost only Welsh star of real Madrid Gareth Balu.

Career Cayo Fernandez is not conventional for the Brazilians scenario. The potential new signing of Shakhtar at the professional level debuted in 2013 in Japan, and in July of 2016 for 3 million Euro has passed in “al-ain”.

The club from the UAE Cayo fernández in all the tournaments in 81 matches and scored 28 goals and recorded 38 assists.

The current contract Cayo Fernandez with “al-ain” expires in June 2019 and the cost of the portal “Transfermarket” is estimated at 2.5 million euros.