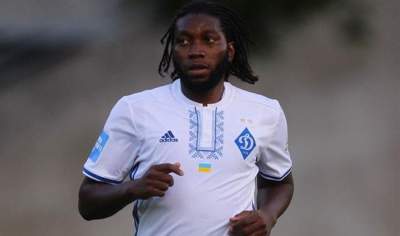 Mbokani at the end of last season, received the status of a free agent. Congolese striker may stay in Ukraine and move to Shakhtar.

According to the online “Foot.cd” competition for Shakhtar in the fight for experienced striker make up Trabzonspor, Brugge, Antwerp and Anderlecht, Mbokani played where before moving to Dynamo.

For Mbokani to Dynamo in 2013, paid around 11 million euros. In the “white-blue” Congo striker played 77 matches and scored 31 goals.

Mbokani may be the only ex-football player of “Dynamo” passed in a camp of rivals. With the advent of the Shakhtar tie and Brazilian striker Junior Moraes, also received the status of a free agent.