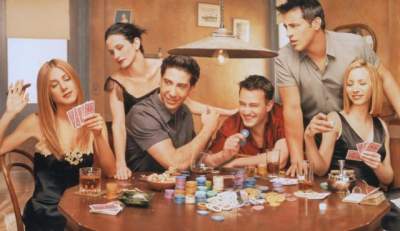 Scientists are reminded that time together is very important.

Scientists from the University of Kansas have determined how much time it takes to become close friends.

The Journal of Social and Personal Relationships published an article by communications Jeffrey Hall about how much time it takes to become somebody’s friend.

Hall and his colleague have developed an online survey to assess how close the relationship between friends. In the first part of the study, they analyzed 355 questionnaires of people who for the last six months have moved and making new friends.

Volunteers were asked to tell about someone with whom they met after moving, how many hours they spend together, how close they are, and also include this person in one of four categories: a friend, an acquaintance, a friend or a close friend.

Due to this, the researchers were able to calculate, after a period of time a stranger enters the rank of a close friend.

In the second part of the experiment, 1,000 students were asked to talk about two people with whom they met about two weeks prior to the study. The researchers then watched how they developed their relationship after four and seven weeks of communication.

“It takes time, said Hall. You can’t just snap your fingers and make a friend. Maintaining a close relationship is the most important work we do in our lives.”

In this case, when the transition to each new stage of friendship and increases the amount of time that people spend together.

“If you want to become for someone a close friend, start spending more time with him,” advises Hall.