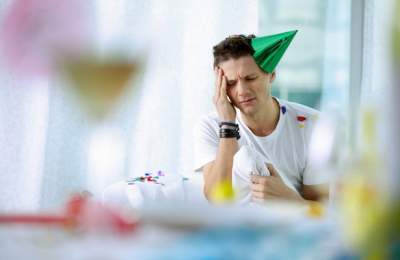 In the experiment was attended by 90 volunteers.

American scientists have tried to check whether it is possible to get rid of a hangover, if properly alternate the alcoholic drinks.

In the experiment was attended by 90 volunteers who were divided into three groups. The first group of participants drank three Beers and then three glasses of wine. Participants in the second group have used these drinks in the reverse order. Volunteers from the third group drank one of these alcoholic drinks, not mixing them.

As noted by one of the study’s authors Kai Hensel, scientists interested in this question for the following reasons. The view that the correct order is alcohol get rid of a hangover is very popular. In addition, researchers tried to deliver people from unpleasant symptoms the morning after drinking alcohol.

The next day, the participants assessed their hangover on a 50-point scale. After a week of research, the volunteers had changed places, and again talked about his health. Unfortunately, neither the order of alcohol, nor the rejection of his mix didn’t get rid of a hangover. His power depended only on how drunk the volunteers felt the day before.