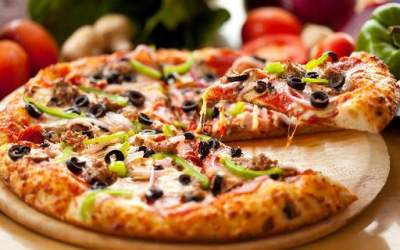 Coffee, pizza and chocolate – only a few items from the list.

Scientists have found that pizza is addictive, more than any other food.

For this indicator, it has overtaken chocolate (he was in 2nd place), chips (3-m) and left far behind cheeseburgers (7th place) and fries (6-e).

The participants of the international study conducted by the University of Michigan confirmed that if they eat pizza, they, as a rule, it is difficult to stop.

In addition, many wanted to give up pizza, but I couldn’t do it. Especially a lot of pizza lovers in her homeland. 52% of Italians admitted that it is their favorite food.

According to the survey Osservatorio Buitoni Culinary Lab, which was attended by 2.5 thousand adult Italians, they eat pizza at least once a week.