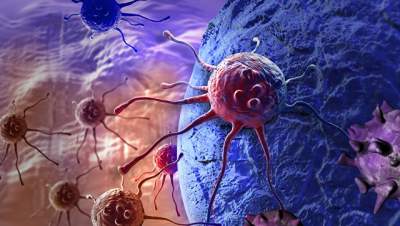 This presence of a special enzyme in the tissues of the colon.

Scientists from the University of Copenhagen associated with the development of oncological diseases with the presence in the tissues of the colon the enzyme GalNAc-T6. The results of a study published by the journal of Biological Chemistry.

Scientists have found that this enzyme is absent in healthy tissues, however, in large quantities contained in the cells of cancer. GalNAc-T6 starts the process of turning healthy cells into cancer by the addition of sugar molecules to certain proteins. This, in turn, changes the structure of cells and causes their aggregation (sticking together. – Primas’. ed.). Cells with glikozilirovanie proteins, which join the remnants of the sugar, begin to develop as cancer.

“When we remove GalNAc-T6, the formation of the tissues change and become similar to the recesses of the epithelium of the mucous membrane that you would find in a healthy colon”, — quotes the words of one of the authors of Hans Wandall portal EurekAlert.

As stated in the study, the data obtained indicate that the enzyme GalNAc-T6 “by glycosylation is involved in oncogenic transformation”.

Scientists have to find out exactly how the joining of sugar molecules to certain proteins contributes to abnormal development of body cells. Vandall hoped that understanding the mechanism of glycosylation in cancer cells will contribute to the emergence of more effective ways of diagnosing and treatment of cancer.