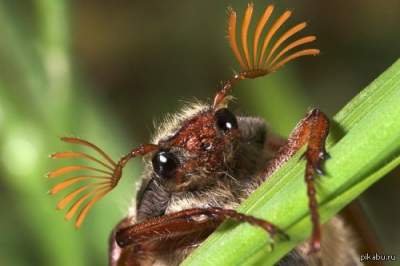 Such influence of global warming was not expecting anyone.

Researchers from the Department of Zoology, University of British Columbia (Vancouver, Canada) have reason to believe that the global increase in air temperature leads to a decrease in body size of beetles.

The results of their research and development are published in the Journal of Animal Ecology.

Canadian scientists explain that body size is the main ecological feature that is associated with the dynamics of the population, and changes in the ecosystem.

They argue that laboratory data collected over the past 30-100 years testify to the General tendency to decrease body size of living organisms.

Scientists still do not undertake categorically to blame global warming, because body size can influence and other factors of nature, which are not saved in the laboratory.

Scientists took as a basis for 19 global studies on 22 species of beetles. They were able to prove that 95% of insects grown in laboratory conditions umenshilos sizes in cases when the temperature during cultivation was systematically increased.

Moreover, Kodnya from representatives of 22 of the mentioned species decreased in size by 1% with each additional degree of temperature.

Another conclusion from the study – larger beetles are reduced increasingly, and almost not worry about small changes in the size of his body.

Not to be unfounded in their hypotheses, the researchers analyzed the entomological collection of the University of British Columbia, which has nearly 600 000 members of different insect species since the 1800s.

Of course, all the exhibits of the collection, the scientists were not taken, however, photographed and measured 6500 samples, be sure to view the conditions in which they naturally lived (average temperature of air, humidity, etc.).

The trend was confirmed – not only in the laboratory but in the natural environment, the body size of beetles decreased with increasing temperature of their habitat.

Now scientists will try to understand why the beetles of large size sensitive to temperature than their “relatives” with a smaller body size.

Earlier it was reported that due to global warming sea turtles lose their Cavaliers. In one of the largest populations of green turtles number of females among the offspring reached 99%