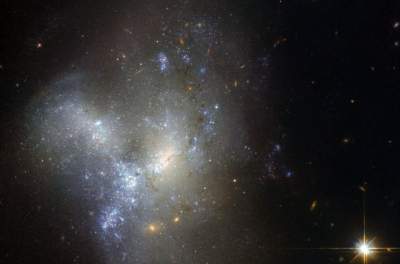 The researchers spoke about the new markers that can indicate the presence of living organisms.

Scientists have proposed a new approach to the search for life on other planets.

It is noted that at the moment, researchers are looking at the other planets, signs of the presence of oxygen, because it is a necessary element for the existence of life on Earth. But scientists lose sight of other important markers, the so-called biosignature that may indicate that a planet capable of sustaining life.

“The idea of the use to the presence of oxygen in the atmosphere as biosignature come scientists for a long time. And it’s a good strategy – very difficult to produce large amounts of oxygen in the absence of life. But we don’t want to put all your eggs in one basket. Even if life is common in space, we are not sure that it will produce oxygen. Biochemistry of oxygen production is very complicated and can be quite rare,” said one of the researchers, Joshua Christiansen.

In the study, researchers studied what gases are present on Earth after the appearance of life on it and found that it was a complex mixture of gases, not just oxygen. According to researchers, the search for just such a mixture can help to find signs of life on other planets.

To markers of the presence of life, scientists include sufficient amounts of methane and carbon dioxide, the presence of water in the liquid state, and the absence of carbon monoxide. As stress researchers, a small amount of methane may appear on the planet as a result of collision with an asteroid, but large volumes are impossible without living organisms.

Scientists say that methane, carbon dioxide and carbon monoxide may occur as a result of major volcanic eruptions. However, an insufficient number of carbon monoxide as biosignature is because the organisms use this gas to sustain life, and this should lead to the deficit on the planet.