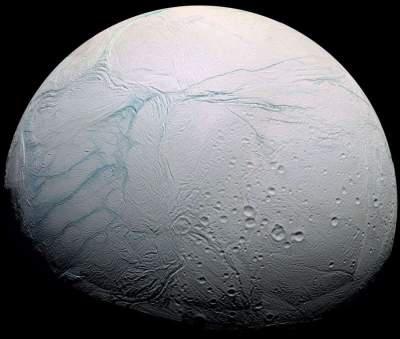 Determined contaminated water is a potential habitat for extraterrestrial organisms.

According to experts, in the radiolysis of water releases molecular hydrogen (H2), which can be a source of energy for living cells. Radiation itself is caused by the decay isotopes of uranium, potassium and thorium, located in the depths of space objects. Scientists believe that rocks on Enceladus (moon of Saturn), Europe (Jupiter’s moon), Pluto and Charon have a chemical composition resembling chondrites — the most common type of meteorites. In this case, a large celestial body can produce sufficient radiation for radiolysis.

Since there are serious arguments in favor of the existence of Enceladus and Europe are oceans of liquid water, researchers believe that there is an allocation of N2 and active oxygen compounds.

Some types of bacteria on Earth live in an environment enriched with hydrogen. These extreme conditions unsuitable for the existence of most microorganisms typical for mine waters and hydrothermal vents on the seabed.

Hydrogen can also occur in the course of chemical reactions occurring in the deep ocean. However, in porous rocks under the seabed, the main source is the radiolysis. According to scientists, the latter may be the basis for the existence of microorganisms on other planets of the Solar system.