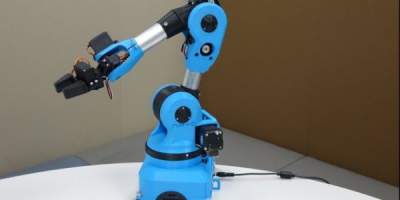 Scientists from Germany have developed a unique robotic nnoruka, the components of which are DNA molecules.

It is controlled by the electric field of the outer type. Such a system can independently move different molecules and nanoparticles several tens of nanometers, that it will take no more than 5 milliseconds.

These features several times faster than when using molecular robots made of DNA that are under the control of chemical reactions.
Thanks to the available opportunities for the formation of complementary relations that exist between the nitrogenous bases, DNA molecules can be used to recreate complex polymer systems in which will be spelled out in advance the structure and the desired arrangement of functional groups.

A similar mechanism can be used in the so-called technique of “origami” from DNA, which can be used to assemble molecular structures of medicines and luminescent systems.

Scientists propose to use the approach to create molecular robots that can perform simple work with nano-objects.