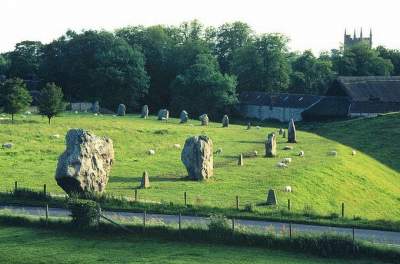 The Avebury complex is located 37 kilometers from Stonehenge.

Scientists said that the monument of Avebury, which is a complex of stone pillars and mysterious wood circles older than Stonehenge by about 800 years.

The researchers ‘ findings were published in the journal Live Science.

The age of the complex is about 5300 years. Scientists have found traces of the wooden circles that were used for rituals. Presumably, the culmination of the ritual was the burning of the wooden fence.

The Avebury complex is located 37 kilometers from Stonehenge. According to issledovatelei, it served as a precursor to the famous monument. Experts have discovered remnants of ceramic pottery, which allowed them to estimate the exact age of Avebury. The complex belongs to the late Neolithic period.