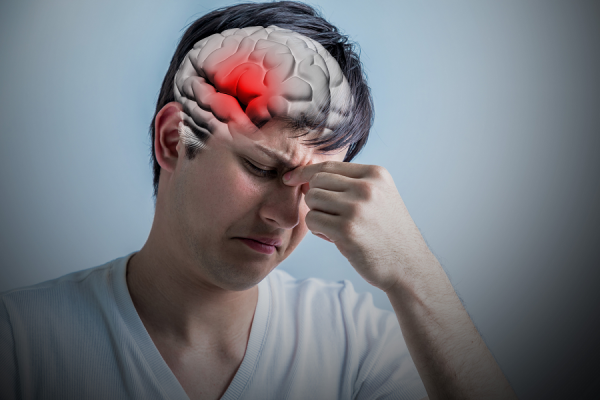 After craniocerebral trauma the patient is often diagnosed with secondary brain swelling, compressed within the skull. Scientists and doctors currently have no effective treatment of this phenomenon.

In the new study, researchers from Northwestern Medicine managed to significantly reduce brain edema and injury after traumatic brain injury by introducing nanoparticles into the bloodstream within two hours after the injury, say the authors.

“The obtained results are much better than we predicted, “says Dr. Jack Kessler, Professor of neurology at the Medical faculty of northwestern University. Feinberg and senior author of the article. “We believe that this may be the first real and practical treatment for people with serious brain injuries“.

According to Kessler, nanoparticles made from the material table, approved by the FDA and can be easily loaded into a syringe and inserted immediately after traumatic brain injury in the field by the specialists of emergency service or emergency Department.

Scientists began to take the first steps in order to obtain FDA approval for clinical trials.

According to the report of Centers for disease control 2010, in the United States traumatic brain injury affect approximately 2.5 million people in the United States each year. However, these figures do not account for individuals who received no medical care, had outpatient treatment, or receive assistance in a Federal institution, for example, people serving in the US army. Soldiers who serve in the U.S. army, are at high risk of traumatic brain injury.

After traumatic brain injury, the body triggers an inflammatory response which causes a cascade of immune reactions that lead to swelling of the brain.

“A patient may come to the emergency room, walking and talking, but then his brain is swelling. And after this, the patient may simply die, “says Kessler. “Now, the only thing that can make the surgeon is to open the skull to relieve the pressure, but the brain will still continue to “swell”“.

The nanoparticles work as a decoy to distract the immune cells from charging to the brain and cause more harm. Particles, called IMPS for immunomodifiers nanoparticles are simply empty shells and do not contain any medicines or goods.

But when researchers injected the nanoparticles into the bloodstream soon after injury, these monocytes start to think that nanoparticles penetrate the foreign material. They absorb the particles and send them to the spleen for disposal. Abstract monocytes can no longer enter the brain and cause problems.

In the study, mice who received the nanoparticles after traumatic brain injury was significantly reduced swelling and half of brain tissue damage compared with those who did not receive the nanoparticles. One of the models of injury mimicked a closed craniocerebral injury common in humans. In this model, motor and visual functions of the animals improved after injection of nanoparticles.

“We predicted that the effect will be, but the effect was striking. It’s amazing how well it is noticeable in animals, “reports the lead author Sripad Sharma, Ph. D. Feinberg.

Sharma, who is a neurological rotation, sees the potential to help young and professional athletes, and soldiers. “These particles selectively knock can damage cells, which begin to penetrate into the brain in a few hours after injury and reaches its peak after three days. We can intervene before it starts, secondary damage“.

Then, the article 2014 Science Transal Medicine, Miller noted that microparticles prevent death in mice infected with encephalitis virus West Nile. This led to work on other models of acute inflammation, including heart attack, colitis and peritonitis. Most recently, Miller began working with Kessler, whose research focuses on damage to the brain and spinal cord.