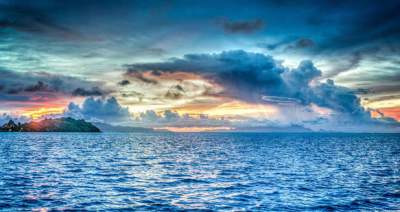 Scientists warn that if the trend continues, the planet will melting ice and rising water level in the oceans, more powerful and destructive storms on the sea.

In addition, the increase in temperature of the oceans is a decrease in the concentration of oxygen in the water, destruction of coral reefs, the extinction of traditional marine life, impact on the economy of coastal States.

The study conducted by Chinese experts from the Institute of physics of the atmosphere and the representatives of the Chinese Academy of Sciences. After analyzing the temperature in the upper layers of the ocean — at depths up to 1800 m scientists came to the conclusion that in 2017, the oceans were on average 15 zettajoules warmer than in 2015, when was established the previous record. Reported by the Daily Mail.

The study showed that the water temperature gradually increased in all oceans, but are most strongly this process occurs in the Atlantic and Arctic. The heating effect was particularly noticeable with the 90-ies.