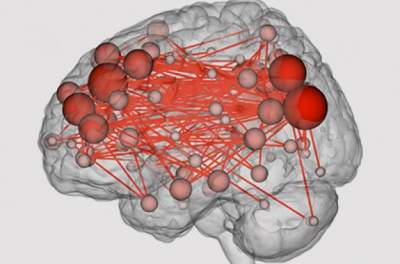 Scientists have created the equivalent of the synapses of brain cells.

American scientists have created the first fully analog synapses of brain cells using superconductors and magnets. Such a system opens the way for the creation of networks of millions and billions of neurons, scientists have reported in the journal Science Advances.

The synapses or nerve endings are special structures on the surface of nerve cells that allow them to transmit information to nearby neurons, sharing with them special molecules-neurotransmitters.

Each such end has a certain threshold below which the cell ignores the incoming signals. The role of this threshold is the number of “bags” and receptors in the synapse – the more, the stronger cell will respond to signals. As the researchers note, this feature of nerve endings is the most difficult to copy and transfer on artificial media.

All the existing options of implementation of similar activation threshold to make the artificial neurons in hundreds and tens of thousands of times less efficient than cells of the human brain. For this reason, all existing variants “artificial brain” consist of several hundreds or thousands of “cells” or they don’t fully replicate all the properties of neurons and synapses.

Now researchers have managed to solve this problem by using superconductors and quantum technologies. The basis of their cybercinema is the so-called Josephson junction is a ring of superconducting material, torn at one point and is divided into two parts by the insertion of insulating material.

This design spends only 1 attojoule (10 to the minus 18 degree Joule) for transmission of a single pulse, which is about 10 thousand times smaller than the amount of energy that the neurons spend, even taking into account how much electricity is used for cooling a superconductor near absolute zero.

This, according to the creators of these cybercinema, allows you to use them to create highly complex neural networks and neuromorphic chips, not inferior to the complexity of the human brain, containing billions of billions of synapses.