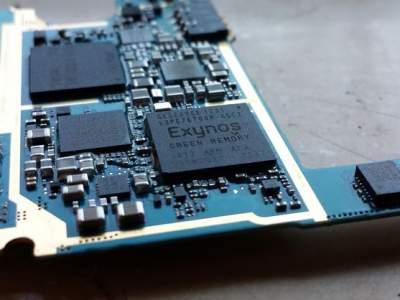 This is evidenced by the annual financial reports of both companies.

Financial reports indicate that for 2017 the year, Intel earned $63 billion, whereas Samsung’s $69 billion. At the same time, it is noted that 2017 was a success for Intel: sales increased by 6%, and the chips installed on 90% computers. Samsung has increased the revenues of the market of smartphones and flash drives.

At the same time, Intel focused on the production of x86 processors, where the company remains the leader by a large margin. However, the Samsung looks much more important for future technologies compared with traditional Intel processors.

The journalists add that Samsung is also one of the leading manufacturers of TVs, home appliances, displays and smartphones. But, nevertheless, the largest percentage net profit in the fourth quarter occurred in the production of various memory modules. Memory prices have doubled over the past year, demand continues to grow, and, therefore, the trend will continue.

In the spring of 2017 NV reported that Intel for the first time in 25 years has lost the leadership in the processor market at the end of one quarter. The report, IC Insights has revealed that Samsung was able to bypass Intel’s income from the sale of semiconductor products. Apparently the trend has continued throughout the year.