In the past, Saaremaa was called the whole archipelago, and the island in question, — Kuressaare. Now the situation is a little different: the Saaremaa – island, Kuressaare is its capital. In Russia, this land was called graceful word Ezel. Today Saaremaa – the biggest island in Estonia. His land is home not many people – about thirty thousand.

The landscape of the island is quite diverse. The coast mostly consists of small peninsulas and the beaches consist entirely of large stones. In some places there are steep cliffs; so, the highest on the island is Panga Pank in the North-Western part of the city. The Saaremaa cannot be called an island with mountainous terrain. The highest point is the hill of Reunamaki which does not exceed fifty metres above sea level. It is dominated by forest (40% of the territory). Dolomite – rare minerals in large enough quantities is produced on the island and is of interest to many geologists.

Nothing will tell better about the history of the island than the island of Saaremaa. Travel to local attractions (whether with a guide or independently) – that’s the surest way to immerse yourself in this pleasant atmosphere and feel the spirit of the time. 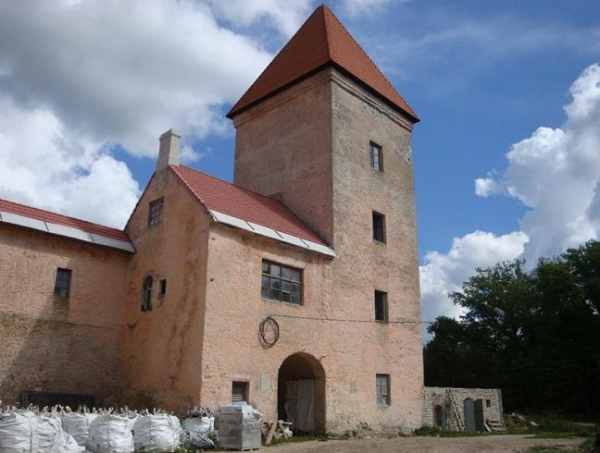 Creating complex dates from the 13th century. To our day perfectly preserved several towers of the castle. As such, the Museum inside the castle does not exist, tourists are offered a survey of architectural design Koluvere from the street. 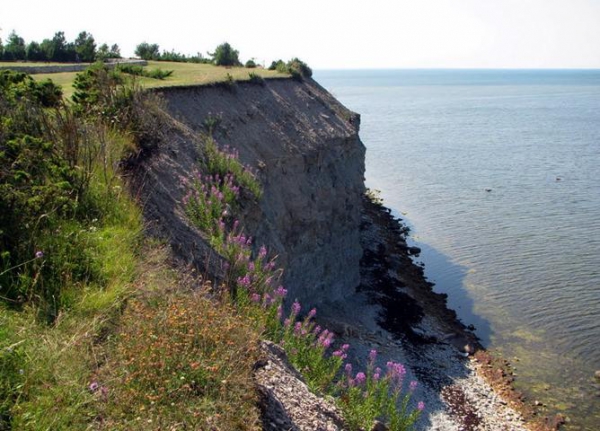 Limestone Panga cliff, the highest cliff of the island. The height is more than twenty meters, and a length exceeding two kilometers. At the top of the Caliph is a rare and interesting building – the altar, where a long time local residents regularly sacrificed to the sea and marine life. It is from here that the magnificent panorama of the expanse of the Baltic sea. However, be careful! The sea waters are not warm and the wind at the top is strong enough. On the South of the island is Cape sõrve, on whose territory is located one of the oldest lighthouses in the entire country. It was built in the late seventeenth century by a local merchant. Even then it was a wooden structure, rising above sea level by 30 meters.

In the early nineteenth century wooden structure was replaced by stone, and the height was increased a few meters. Serious damage sõrve received during both wars, but it managed to recover. Today, it remains a functioning lighthouse and regulates the movement of vessels through the Irbe Strait. 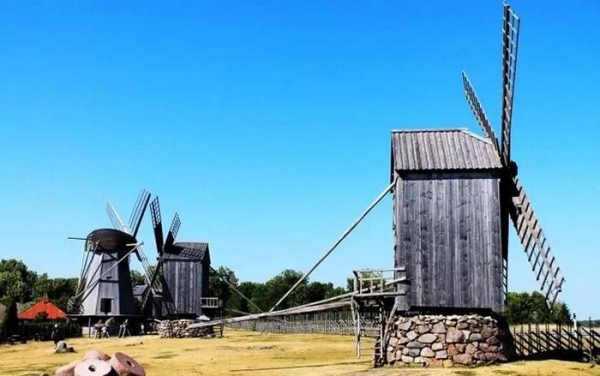 Windmills – a true symbol of Europe in the middle Ages. The only one in the Estonian Museum of such facilities located on the island of Saaremaa, in the settlement of the English. The collection consists of five copies of the windmills, which if necessary can work, that is not the usual models.

The most important exhibit of the Dutch mill, which was located several floors. Only the mill is open to the entrance, and it often hosts various exhibitions and events. 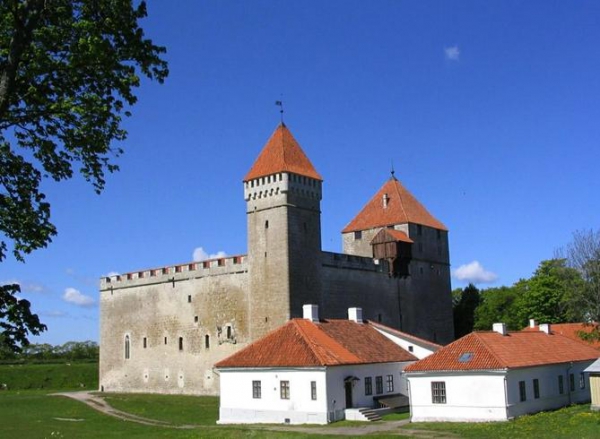 This castle is the main attraction of the island. The thing is that now it can be seen in the same form as in the days of its Foundation. The castle was built in the 13th century as a citadel. Tower, a former watchtower, reach a height of forty feet. Thus the width, length and height of the structure is identical, and its form is almost perfect. Today the building houses a display Sayramskogo Museum. 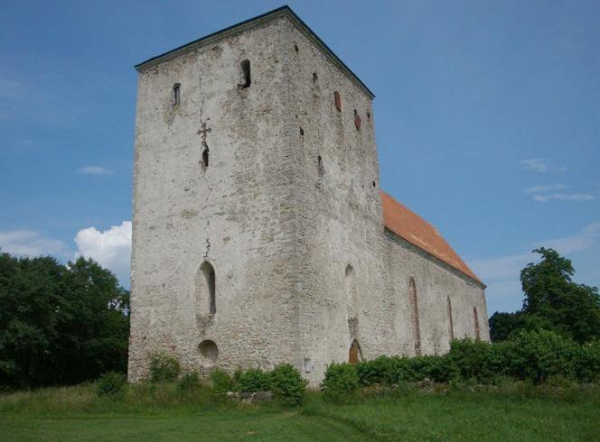 The main difference page is that it was originally built as a fortified Church. Already more than fifty years in the Church no one holds meetings, despite the fact that the condition of the building allows it to do. In 2003, the government allocated money for the restoration of the castle. 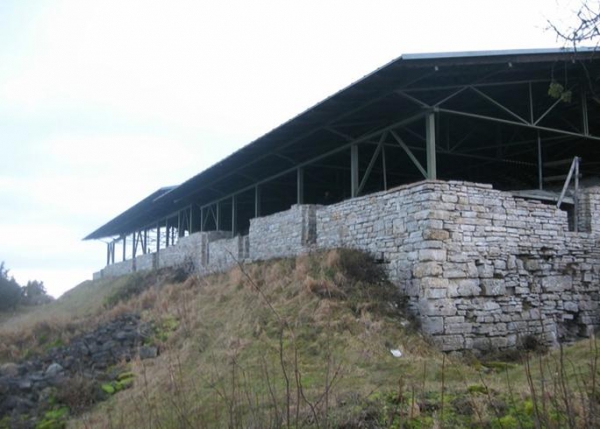 The second name of the castle Sonneburg. Since 2001, they are actively conducting archaeological work, which has already led to interesting results: not so long ago experts have discovered the construction of the first floor of the castle. Today there is only ruins and contemplate the castle in all its former glory impossible.

The fishermen’s village of Koguva 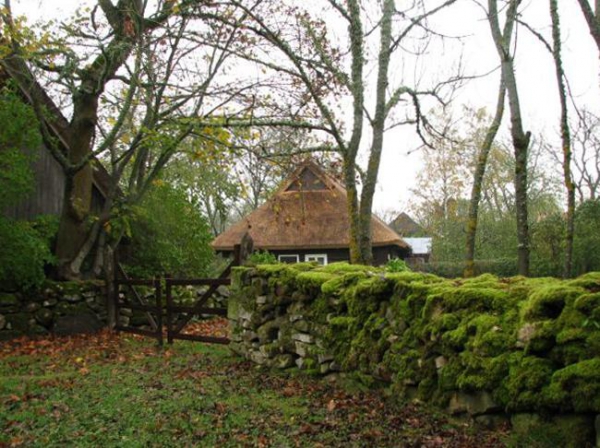 On the island of Muhu from time immemorial have been used by fishermen. These traditions would not be broken today. That is how the village centre has become a real monument under the open sky. Buildings left here since the eighteenth century, creating the atmosphere of the time. From Kuressaare go here on special tours. 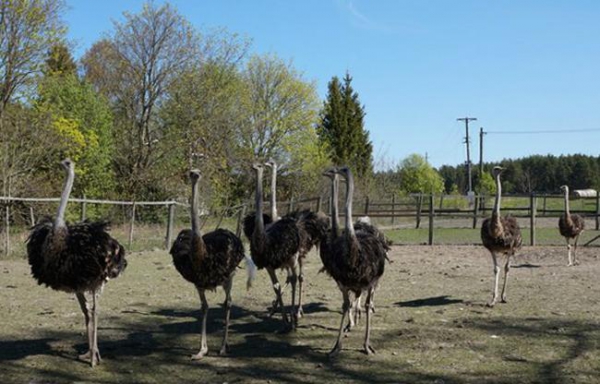 A very scarce fauna and flora. This is due to climatic conditions. That is why in the nineties of the last century on the island of Muhu, which is near Saarema, one family started farming exotic ostriches. Initially, they did it with the purpose of earning on the meat and fat of the ostrich is today’s market really appreciates these products.

Then the farm started to function as an entertainment center today attracts a lot of tourists and locals. In addition to ostriches on a farm inhabited by other rare animals such as Australian kangaroo. 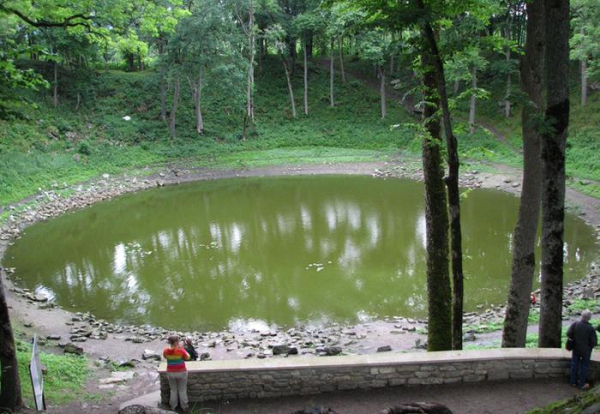 Estimated time of formation of these craters (there are several) – four thousand years ago. Meteorite flying towards the Earth, was huge: about ten thousand tons! In the atmosphere it broke into several pieces and landed on the island. The diameter of the biggest crater is more than a hundred meters. Today they are all filled with water.

The Town Of Kuressaare Kuressaare is a very old city. The first mention of it dates back to the late fourteenth century. Today there are about twenty thousand people, which is quite a bit. Despite this, the city is very well maintained and tidy. The architecture draws its Kuressaare, on the one hand, brightness and consistency of style on the other. 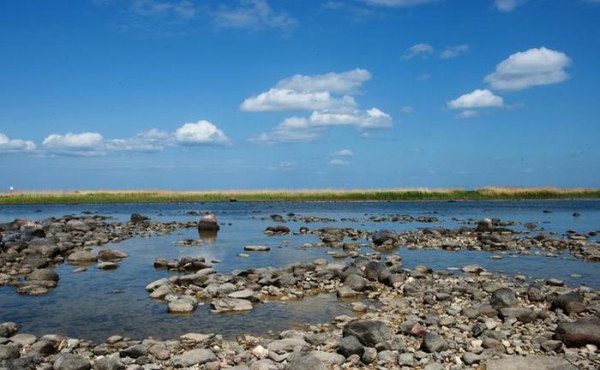 National Park on Saaremaa is not famous for anything remarkable. Here grow rare plants and not inhabited by unique fauna. But this place for many years attracting tourists and locals thanks to its atmosphere which is very conducive to a relaxing stroll and meditate in solitude. In addition to Hiking here, visitors can ride bikes (the area is equipped with special tracks) and rent a small boat for a few people. 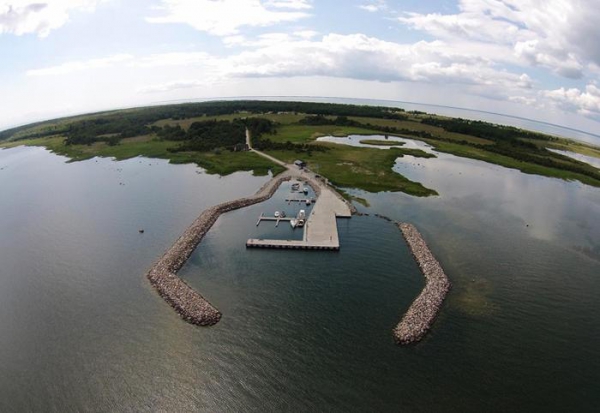 A few kilometers South of Saaremaa island is another island, much smaller — Abruka. Its expanse is the same village. You can get here on the mail boat, which runs continuously between the two Islands. In Abruka has a library and Museum, and several lighthouses. In the twentieth century were born here, well-known fellow writers named Tuuli. 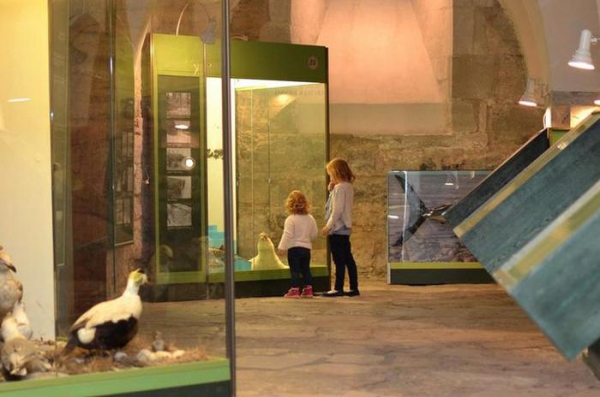 The Museum will be interesting for those tourists who want to explore the history of the island in the shortest possible time and with illustrative examples. The exposition of the Museum is built that way. Here are collected and household items, and various documents, and stuffed animals that live in the local region at different times. Special attention is paid to the Soviet period.