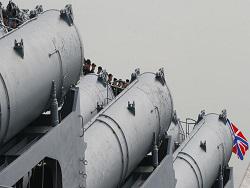 During his short visit to Moscow Rodrigo Duterte made a number of high profile geopolitical proposals. They were not taken seriously, attributed solely brightness of his nature – but in vain. Rodrigo Duterte started an interesting mnogohodovki, where trying to draw Russia.

The President of the Philippines Rodrigo Duterte is deservedly one of the most prominent figures on the political horizon in South-East Asia. It’s kind of a local tramp – he does not hesitate to break stereotypes and say without equivocation, and politeness. To this day the loudest of his remarks was the need of shooting drug dealers (which has become the scourge of the Philippines), but in the course of the visit to Russia, he, apparently, decided to conquer new heights. Mr. Duterte suggested not much is not enough to change the foreign policy of the Philippines.

Today the island nation is the third (along with Japan and South Korea) the most important ally of USA in East Asia. Yes, the previous us President from Duterte (as, indeed, many in the world) clearly went wrong – Barack Obama did not appreciate the rigidity of Filipino colleagues in relation to drug and refused to meet with him. However, it would seem that with the change in the White house a black President at the tawny issue resolved itself. Trump, of course, like his Filipino counterpart (so much so that trump in a private telephone conversation called him “Rodrigo”, and Duterte him “Mr. President”). The American President praised not just hard line Duterte against the drug dealers and the impression that trump is kind of jealous of the impossibility to apply this experience in the United States. However, Duterte understands that trump is not all of America. There is the same Congress where the Philippine leader is not very fond of. “America is hypocritical. There is not the left hand know what your right hand does, so there will always be misunderstandings and problems, and if not hatred, dislike each other,” said Duterte. And so I decided to make a u-turn in foreign policy. “Trump is my friend. But my foreign policy shifted from a Pro-Western course. We now have a working Alliance with China, and I hope to start a working relationship with Russia. Why? Because the Western world, EU and so on hypocritical,” said Duterte.

In fact, the Philippine leader says not just about our working relationship, and about a certain Alliance, even the axis “Manila-Beijing-Moscow”. However, specialists of this axis causes issues. And the biggest – the Beijing summit.

Yes, it is obvious that the US is trying to use the Philippines to confront Beijing and the establishment of a system of containment of China in East Asia. By Filipinos in this role spearhead is not needed (if the Japanese and South Koreans to abandon it, Manila is not at hand, North Korea, which need to be protected, but because there is a choice), and if the Philippine President that would have gently declined, everyone would have understood. Especially since the Chinese for that refusal, prepared to award the country investment (in April, Beijing has promised to invest in the Philippines $ 24 billion). However, some Alliance is uncertain – after all, between countries are very serious territorial dispute. Recall that China claims 90% of the waters of the South China sea, challenging the part of the Islands of the Philippines. And not just pretend, but also threatens to use force in case of disrespect of these claims. So, XI Jinping made clear Duterte that you should not try to implement the decision of the Hague Tribunal (which recognized the illegal Chinese actions in the annexation of the disputed Islands). “We are friends, we don’t want to quarrel with you, but if you want to boost this question, we will start a war,” described the position of the Chinese head of its Philippine counterparts.

Duterte need Chinese investment, and do not need Chinese missiles, so he regularly obey the dictates from Beijing. So, during his presidential campaign eccentric Senor Rodrigo promised “to sit on the water scooter to go to the island and hoist the Philippine flag there,” but then said he was joking. In April the President ordered the military to send to a number of disputed Islands in the troops and strengthen them, but after the Chinese leadership raised an eyebrow, immediately said that the weapons there will not be posted.

However, the President makes clear that he is ready to change position. “You expect me to start a war with China? But if I have missiles to attack China? If I have anti-missile capabilities, if they want to attack us?”, – to be honest Duterte. Indeed, the 51st army in the world is difficult to fight with her 3-and therefore the Philippine President asked the weapon.

It would be logical to ask the Americans, because a) they are the main suppliers – Washington has up to 70% of all arms deliveries of the Philippine army and b) the White house, it would be advantageous to equip the Filipinos against China. However, Congress binds the supply of weapons to human rights. Besides, it’s mostly outdated weapons designed for counterinsurgency operations. The new weapons of Manila has no money.

And here Duterte does a somersault and requests the latest weapons (including for protection from China), the third partner of the alleged triumvirate of Russia. “I think you have better precision system. And since Russia is better at this than the Americans, I decided to contact her. But the Russians are not only better in that they are generous and willing to help,” said Duterte during his visit to Moscow.

The word “generous” here is somewhat annoying. According to some experts, it is about trying to knock weapons from Russia “brother price” – the market of the Philippines, as mentioned above, there is no money. In this cash there are different kinds of political statements of the Philippine President about the importance of Russia and its reliability. “Russian with me. And now I’m not afraid,” said Duterte during his visit to the Russian cruiser “Varyag” docked at the port of Manila in April.

However, whether Moscow is ready to grant the request of the Philippine President? What does she get besides the possibility to insert another hairpin States (the Kremlin takes one of the key American allies)?

Economic preferences? Unlikely. In 2016, the Russian-Philippine trade amounted to only 226 million dollars. That is 80 less than with the United States.

Geopolitical positioning? Also unlikely. The markets of ASEAN countries, Russia is more goes through Vietnam, where elites and the population belong to Moscow with sufficient warmth. The Philippines also has long been hostile country, and their population is Pro-American configured (about 70% belong to US positively).

A reliable partner? Not quite, because the position of Duterte quite shaky. In March 2017, his trust rating was 78 per cent – yet the opposition filed against his impeachment. And that’s Chinese about it (the inaction of the President in relation to the Chinese exploitation of the territory, which the UN resolution in 2012 was recognized as Filipino). Yes, Duterte able to fight back, but his domestic political situation is still unstable. And its “independent foreign policy” only adds to this instability. “We refuse aid from the EU because of their criticism of the human rights situation in our country (we are talking about a dedicated Brussels grants $ 200 million that Duterte ignored – the Expert), but accept threats from other countries. It turns out somehow inconsistent,” said Senator Paolo Aquino Fourth. Bright Philippine President has amassed too many internal and external enemies (Islamists, drug mafia, political clans – for example, the same Aquino clan to which belonged to the previous head of state). And this is not to mention the reaction of Beijing to cooperate. Perhaps it would be better to stand on the sidelines and see how the Chinese deal with the Americans for the Philippines. To stand, of course, not everybody for free and for compensation. Preferably on both sides.