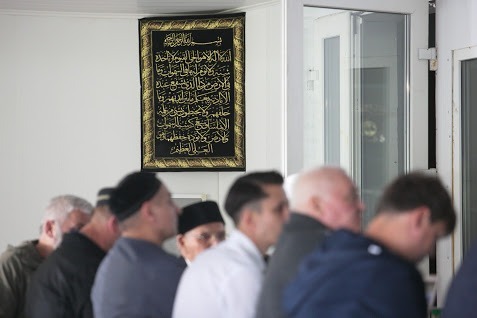 In Russia stadiums in a short time, can obtain the right to organize religious rites. They can be done in special rooms — like the rooms for prayers, which is already in some airports. On the proposed law that is submitted to the state Duma, told “Parlamentskaya Gazeta”.

According to the publication, the developers of the bill — the representatives of all Duma factions and heads of three committees of the state Duma, which greatly increases the chances of adoption of the law. As explained by the head of Committee of Affairs of nationalities Ildar Gilmutdinov, the organizers can now provide in the regulations for the sporting events the presence of prayer rooms in the facility. But in the law this norm there, so the deputies decided to register.

“Facilities for religious observances is on the sports facilities in many countries. And our bill is, if you want, message to the international community that we are open, that Russia is ready to host people of different faiths, creating all the necessary conditions,” — said Gilmutdinov.

According to him, now, when Russia conducted a large number of international competitions, have to deal with regret on the part of athletes number of countries that they, being at the stadium or at the sports centre, can’t find a place for prayer. The problem is compounded by the fact that even in Moscow there are so many mosques to quickly get to them. If religious athletes will have the opportunity to pray in a special room right at the stadium, this will solve the problem, said the Deputy.

He added that the bill provides the right but not the obligation to stadiums to equip such premises.