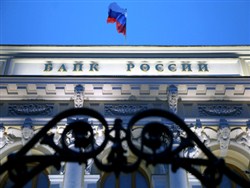 The Bank of Russia is considering the possibility to give banks the right to impose negative rates on foreign currency deposits. This was stated by the head of financial stability Department of the regulator Elizaveta Danilova, RIA Novosti reported.

“We are studying the magnitude of the problem, how it is critical, as is required,” she explained. According to her, the initiative belongs to the banks, and the decision on it is still pending. Daniel added that to implement the idea will have to seriously change the law.

According to the representative of the Central Bank, asked banks to allow them to do so because of the problems. The attracted funds have to be placed abroad in foreign banks, and this leads to damage.

Many European banks are already taking deposits at a negative rate, that is, customers have to pay extra for their funds. Such a practice, for example, adopted a number of Swiss and Danish banks. The European Central Bank of 12 September lowered its Deposit rate to minus 0.5 percent.

In July of this year, the Russian Bank decided to completely abandon deposits in euros, while holders of deposits offered after the expiry of their term or to take money or to pay for their storage 1.9 thousand rubles a month, if the Deposit amount is from 10 thousand to 100 thousand Euro and 0.1 percent, if greater.