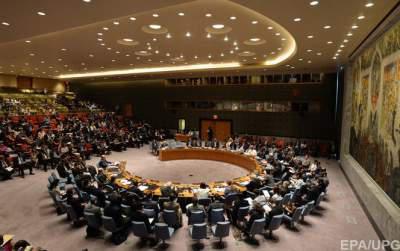 Russia has made a number of edits to the document.

Russia at the last moment blocked the amendments, the UN security Council statement on the recent missile tests in North Korea.

“The Security Council must react very quickly, so we do not understand why Russia is blocking, while all the other Council members, including China, bordering North Korea, was able to come to agreement”, – said the Deputy British Ambassador to the UN Peter Wilson.

Earlier, Russia’s permanent representative to the UN Vitaly Churkin said that the Kremlin has made to the draft statement, a number of proposals, which remained unsatisfied in USA.

In particular, they talked about “closing down of military activities in the region”, which implied the rejection of the joint exercises, which are regularly pursued by the United States and South Korea.