Legendary Brazilian midfielder Ronaldinho has officially put an end to the career of a professional footballer.

The brother and agent of Ronaldinho, Roberto de assis confirmed the decision of the ex-star of “Barcelona” and did not rule out that the Brazilian will hold a farewell match.
“Ronaldinho ended his career. It was the end. Maybe we’ll come up with something big after the world Cup, in August.

The events in Brazil, Europe and Asia. And, of course, will arrange the match with the Brazilian national team”, – quotes the words of de Assisa “Globo Esporte”.

Actually Ronaldinho has retired from the football in September 2015, when he played the last official match as part of Brazilian Fluminense.

Ronaldinho became the champion of Spain and Italy, have won the Champions League, in the national team of Brazil has won the world championship in 2002, and in 2005 won the “Golden ball”.

In all competitions, he played 513 games in which he scored 190 goals and recorded 126 assists. 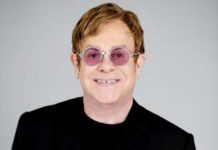 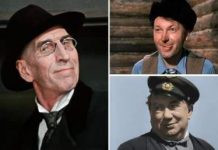 The famous Soviet actors, ended his days in poverty. Photo In Portugal, the card tournament ended with the deaths of eight people