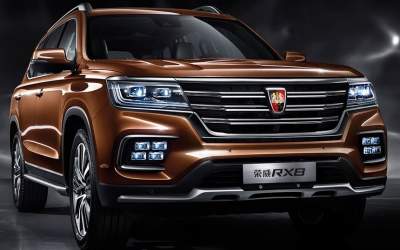 The basis for the creation of a new car had taken the SUV brand SAIC.

Chinese brand Roewe has decided to release another SUV. The basis of the new model Roewe RX8 will be the car of the same concern, brand SAIC – Rover Maxus frame D90, which debuted last year and, in turn, based on the Maxus pickup T60. Expected, the car kept spar frame chassis with front and rear dvuhruchevoj continuous bridge as well as the main transmission with rear wheel drive and a clutch connecting the front axle. In this case, the Roewe SUV makes it more compact source code: the wheelbase is shortened from the 2950 to 2850 mm and total length with up to 4923 5005 mm.

Body of new items will be completely original. It is made in the already established traditions of the company: with a wide front grille, a raised belt-line and rear lights with the connecting strip have become characteristic features of Roewe cars. “Eight” will be like with two and three rows of seats. Unfortunately, photos of the interior yet.

Chinese brand Roewe was born on the remains of Rover, which in the early twenty-first century bought the concern SAIC, but he did not get the rights to the brand itself. Initially, the range was only cars, but two years ago there were crossovers, and now a full-fledged SUV. And even it is a pity that the Chinese did not dare to call it Roewe Land.