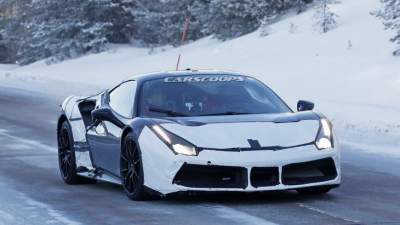 The world debut of the supercar will take place on the basis of Ferrari in Maranello.

Ferrari CEO Louis Camilleri declared that the end of the month the company will introduce a “first-class plug-in hybrid supercar performance and true beauty.”

The world debut of the supercar will take place on the basis of Ferrari in Maranello.

The hybrid supercar will be the second debut of the Ferrari this year, as the first novelty was F8 Tributo shown in Geneva. However, he will be sold in parallel with the successor model 488, which is likely to go down in history as the last non-hybrid Berlinetta.

Recently in the network has received countless reports about the hybrid supercar from Ferrari mid-engined, and also photospin managed to take some test samples. However, the world premiere date is a bit surprising, as it had previously expected in July.

Information about the technical characteristics of new items are scarce, but rumor has it, hybrid propulsion system, the main of which is the gasoline engine V6 with twin turbo. Total engine power must be 723 HP and 1064 Nm of torque.

The upcoming hybrid model will not be replacing the F8 Tributo, moreover, according to Camilleri, it will stand above it and above 812 Superfast. Interestingly, the latter is equipped with a 6.5-liter V8 to 789 HP and 718 Nm.

So a hybrid Ferrari will have to provide superior ratio of power to weight to deserve such a high place in the line.