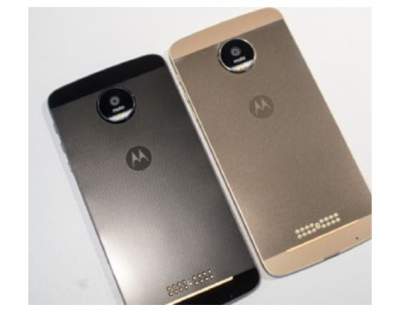 Odin will be built on SoC Qualcomm Snapdragon 855 and get the modem 5G Snapdragon X50.

This year every major manufacturer of smartphones should appear at least one model that supports 5G networks. Lenovo is also one of those companies, and it is also responsible for trade mark Moto. Just the characteristics of the smartphone Moto support 5G is willing to share the source. The device appears under the code name Odin.

Just note that the specification of the model seem quite plausible, which is not very typical for the source, often publishing the data from the category of “but it would be nice…”. So in this case, the characteristics of the model you can look at.

Of course, Odin will be built on SoC Qualcomm Snapdragon 855 and get the modem 5G Snapdragon X50 is a standard set of components on the majority of smartphones in the first half of this year. Amounts of memory will be between 6-10 GB, the estimated amount of flash memory – 128 to 512 GB.

Moto Odin will get a fingerprint scanner and technology volume scan of the face. In the second case can be used camera ToF, as, for example, in the same ThinQ LG G8. The resolution of the front camera of the smartphone will be 21 MP. In the main chamber will be used Sony sensors 24 and 16 MP and a lens with aperture of F/1,7. The source also mentioned optical stabilization and a 6x optical zoom.

The smartphone is also attributed to the AMOLED screen diagonal of 6.4 inches with a resolution of 2560 x 1440 pixels and battery capacity of 4800 mAh.

Neither the cost nor the release date Moto Odin were not disclosed, but if this model is really ready to go out, then within a month should have more details about it.