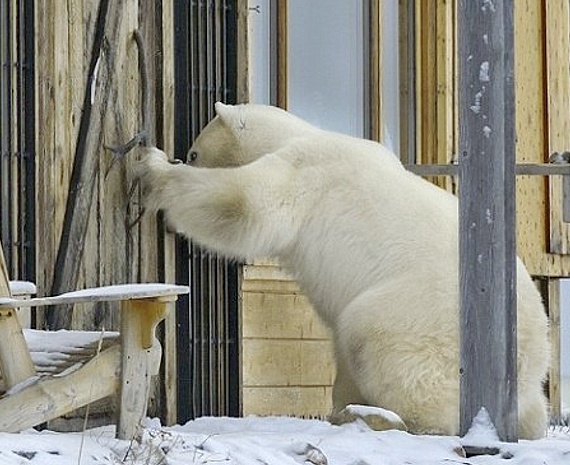 The threat to the Northern settlements.

SAINT PETERSBURG, 26 Feb. /TASS/. Polar bears in the Arctic began to move South, learning is not typical territory for them. This is due to the fact that the Arctic seas are becoming less ice, which is vital for these animals. This was stated by the Director of gydansky nature reserve (YANAO, Tyumen region) Vyacheslav Berlin.

“The problem that we define today, is the shrinking of the ice cover of the Arctic seas. On the background of the future counting [polar bears] will be able to take along the way, and samples of the polar bear’s habitat. I think we will see that he moves independently to the South more,” said Berlin.

As noted by the Deputy Director of the Institute of ecology and evolution (IPEE RAS) Ilya Mordvintsev, care bears to the South poses a threat to the Northern settlements.

“Cases entering the towns in the Arctic, polar bears becoming every year more and more. Such problems occur in the New Earth, in the Nenets Autonomous district, where you actively gazonefteprovodov near the village of Varandey,” said mardzvincau.

According to him, under the circumstances, scientists Institute of ecology and evolution Russian Academy of Sciences has prepared a list of recommendations for personnel of oil companies who first visited the Arctic about how to behave with polar bears.