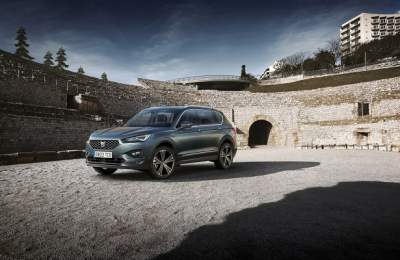 The new crossover is built on a stretched platform MQB-A.

Family crossovers Seat has added a new model – Tarraco. Coupe, which first tried on a new corporate style of the brand, will be available with five or seven – seat configuration of the cabin. The output of Tarraco Seat on the market is planned for early next year.

Gamma engines of the SUV consists of petrol and diesel units. This turbo engine 1.5 and 2.0 TSI, issuing 150 and 190, respectively, as well as the 2.0 TDI, available in two degrees of force: 150 and 190 horsepower. In the future Seat promises to provide Tarraco with alternative propulsion systems. Probably talking about the hybrid.

The SUV is available with six-speed “mechanics” or seven-step “robot” DSG. Actuator – front or full 4Drive. DCC adaptive dampers (Dynamic Chassis Control) are included in the list of options.

In Europe orders for Tarraco will be in December this year: the SUV will be offered in two trim Style and Xcellence.