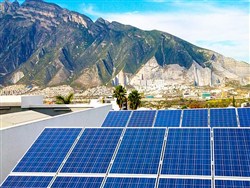 Russia, with even the modern “digging stick”, in the future, prepared for the unenviable role

The fourth industrial revolution is gaining momentum, and now it becomes clear that the “great energy superpower” – Russia – after half a century may finally slip into the category of second-class countries. If you do not take a lower place in world tables of ranks.

About the Fourth industrial revolution very much like to talk not only foreign experts, but some experts are of domestic origin.

Pronounced profound phrase about digitalization, jump off the oil needle and a bunch of tricky expressions and verbal turns, but the Russian budget as previously typeset with an eye on the oil. And on the West and the East accelerated pace pull the gas lines with pompous names, which, choking with delight, endlessly shrieking talking heads on TV. Like the electorate of most of these pipelines life becomes any easier and satisfying.

The saddest thing is that for some reason no one sees beyond their own noses and understand that while Russia remains a raw materials appendage of the West, changing their natural resources glass beads, the same West and East, have entered into quite a different dimension. Where the most oil and gas will not enjoy such a demand as now. Because the Fourth industrial revolution including almost total transition to renewable energy sources (RES).

The combustion of hydrocarbons, already regarded almost as a medieval barbarism and a completely dead-end path of energy. All this will lead to the fact that in the near future already internal combustion engines and power plants fueled by hydrocarbons, will be outlawed.

Of course, in the next half-century fully will not abandon them, but the fight against this relic of the past is very active.

That is a very eloquent examples of this struggle.

Starting in 2032 the US capital – Washington DC – will go entirely to the consumption of electricity generated by “clean” power plants, which include wind, solar and pumped-storage plants.

Also, by 2032 in Washington there will be no car with an internal combustion engine. It is worth noting that it will happen in thirteen years, that is, the wait is long.

By 2040, all public transport of the state of California will be clean, and in 2045 California will fully switch to renewable energy sources. As Hawaii. And, for example, the resort town of aspen already switched completely to electricity produced by wind turbines and solar panels.

Starting in 2022, the German carmaker Daimler AG will transfer three of its plant for consumption only “clean” electricity, as was the agreement with the Norwegian energy company Statkraft is a European leader in the field of renewable energy.

The Norwegians are currently building an accelerated pace wind farms across Europe and promote their “windmills” and to the markets of America and Asia. As for Germany, it is now almost 40% of all energy receives “clean” power plants. But that’s not all the achievements of the Germans on the way to a bright “green” future.

Especially in Germany this year began operation of the world’s first hydrogen-powered trains Coradia iLint, developed by French company Alstom. This is not surprising, as almost half of the German railway lines are not electrified, and 2035 shall be a complete ban on the operation of diesel and diesel-electric locomotives. And the Germans forced to move to a hydrogen train.

The same in the coming years will make France, Britain and other Western European countries.

About electric cars has already been said so much that makes no sense to once again return to this subject. Should just add that many automakers finally abandon the development of new petrol and diesel engines, as the historical perspective they no longer have.

By 2050, the EU should not remain cars with internal combustion engines that have their place under the sun will give way to electric vehicles and vodorodnaya. Even army vehicles and were equipped with hybrid power plants, and not far off the appearance of armored cars.

Currently, different countries developed a variety of electric aircraft, which should replace the current helicopters and planes. And if replacing jet fighters and Airliners in the foreseeable future is not threatened, then replace some types of helicopters can come with an electric multicopter.

For example, in Dubai for work as an “air taxi” German multicopter Volocopter 2X. Made significant progress in their development and some Chinese companies.

In addition, the Chinese very successfully lead the development of advanced solar panels, energy efficiency which at least twice exceeds the efficiency of panels produced now.

In General, the features of the near future were evident now. It is possible full rejection of any engines running on gasoline and diesel fuel, radically reducing the number of power plants fueled by hydrocarbons and replacing them with “clean” power plants.

For Russia, this global trend will not bring anything good, because in the near future our country will become banal there is nothing to export because the demand for hydrocarbons will decrease significantly. This also applies to other oil and gas producing countries in the era of the Fourth industrial revolution impossible will remain competitive only due to the fact that nakovyryat from the earth.

And Russia, judging by the marking time in recent decades, and will remain a country, the assets of which will be all the same “digging stick” and nothing more. Anyway, that is not visible on the horizon of hundreds of high-tech industries and millions of new jobs that would ensure Russia for the future. Instead, we only see the endless lines and the construction of infrastructure to service them.

For example, December 20, Vyborg shipyard has reported on the completion of the construction of the icebreaker “Andrey Vilkitsky”. Good news, but… the customer icebreaker – “Gazpromneft”, and this icebreaker is intended solely for the transaction of tankers in the ice. Here is what Russia can be proud of for sure, so it’s an impressive efficiency to ensure that hydrocarbon proverbial “pipe” worked smoothly.

We can only guess what awaits the population of Russia, when the demand for hydrocarbons will decrease? If now, at high oil prices, we are told that there is no money, raise the retirement age, begin to shake the self-employed poor, impose new taxes and raise the excise tax, what will happen in 15-20 years? When Western Europe two or more times to reduce the import of Russian hydrocarbons?

Apparently, again will ask to treat with understanding and will raise the retirement age to 75 years, so it is guaranteed no one lived to retirement. Along the way, to impose a tax on ALL and an unhappy electorate, and not waiting for the promised “breakthroughs” will pay for something that breathes. It is possible that for those who is not breathing, too, will have to pay.

And the chance to change the situation there. Russia entered a period which can be characterized as megapascal. The ruling elite is not just a party coasting or not, and itself cast in granite, so much detached from reality that at times it seems that the country is run either through the mirror or the dark side of the moon.

However, their age windfall from the sale of hydrocarbons in Western and Eastern “partners” will suffice, and after us, as we know, the Deluge.

So the Outlook for “the great energy superpower” and is not shiny so hot, and then it will be even worse. Marking time with a flexible, abrantovich-petrified granite-cast elite never anything good does not.

Patented propagandists of the Federal TV channels with Italian and British passports can at least a hundred times a day croak from the TV the word “paste”, only sweeter from it will not.

For Russia almost became a knockout blow stupidly wasted the nineties, but thanks to the Soviet experience – thanks to him, the country boomed into the abyss completely, and somehow managed to stand, balancing on its edge. In the zero seemed like there has been a positive trend, but in 2018 with all the ruthlessness showed that the situation is even worse than it seemed, and that there will be hard times.

The fourth industrial revolution in which Russia was totally unprepared, may leave the country behind global development. And do not melt at the sight of the piece of the Moscow buses are nothing more than exotic, more reminiscent of the notorious Potemkin villages than the evidence of strong economic growth, the absence of which are not ashamed to acknowledge even at the highest level.

However, while everything is run by “effective managers” who still manage to blame the citizens because they are not thanked the oligarchs pockets for stolen and broken lives, the future of the country looks like and will look extremely sad. 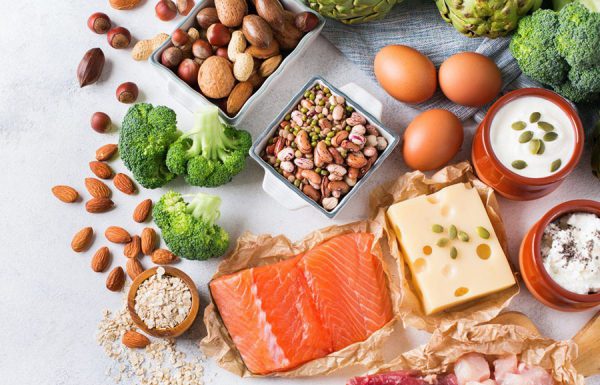