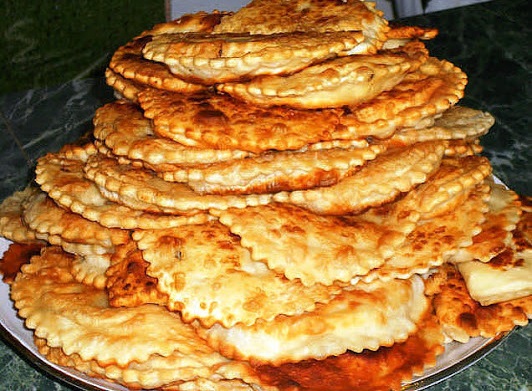 Did you notice that in recent years, the increasing popularity began to use “pasties no nothing” ?

And it’s close to the truth ! Even in the Soviet period we bought pasties not because of meat but because of their “message” of taste.

Even in those years people understood that waiting for the meat and catering makes no sense. But many workers still buy them to eat because they liked the filling of the pasties and their “not Pirozhkova” taste.

It’s time to revive the traditions of national cuisine and nutrition. It is necessary that people never put in your mouth of harmful food items, particularly GMO meat, GMO-bird, GM fish and GM soy, not to mention hamburger that make waste from the production of “meat”.

If someone believes that the pasties only on the Caucasus, let him make the mince pies. So pies and cakes in Russia has always been a large variety.

In General, it’s time we move on to the mushrooms, tripe and giblets. Of course, they must pre-boil, grind in a meat grinder, thoroughly mashed and mixed with potatoes, onions, seasonings and spices.

And all these Goodies (soon they will think many workers and especially retirees) to use as the filling for your pasties.