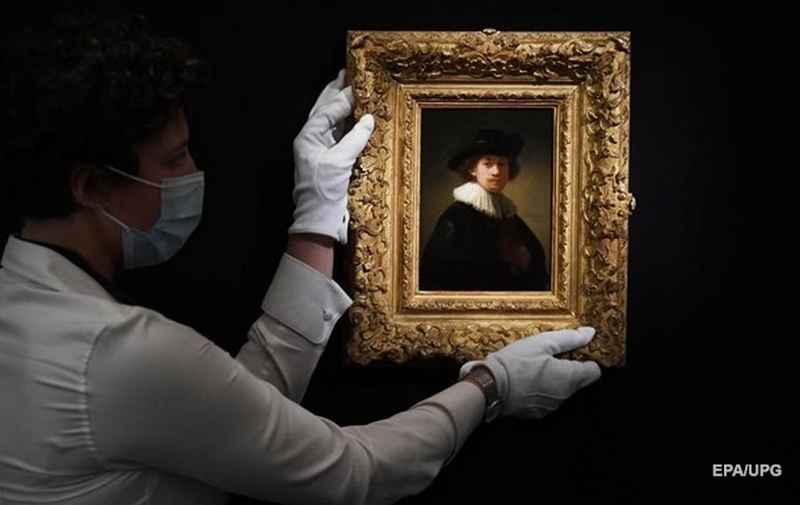 Sold the painting was painted in 1632, when the artist was 26 years old.

Painting brush famous Dutch painter of XVII century Rembrandt was sold in London for 14.5 million pounds ($18.7 million). This is a record price for a portrait by this artist, reported the auction house Sotheby’s on Tuesday evening, July 28, reports Chronicle.info with reference to the Correspondent.

The main struggle for the painting, estimated cost of which amounted to 12-16 million pounds ($15-20 million), was between six collectors. The final cost of the canvas twice exceeded the previous record that was set in 2003. Then the self-portrait by Rembrandt was sold for 6.9 million pounds.

Sold the painting was painted in 1632, when the artist was 26 years old. It is considered very rare. According to estimates by Sotheby’s, it is just one of the two, in which Rembrandt, who created during his career of at least 80 self-portraits, painted himself in finery, in the collar and a black hat. It is also one of three self-portraits, which is in a private collection.

Earlier it was reported that a triptych by British street artist Banksy was sold at Sotheby’s auction for about 2.23 million pounds ($2.9 million). Three oil painting and is dedicated to the European migration crisis.

Recall a painting by British artist David Hockney’s “Splash” was sold for nearly $30 million Painting at the auction put billionaire Joseph Lau. 14 years ago he bought him for 2.9 million pounds.