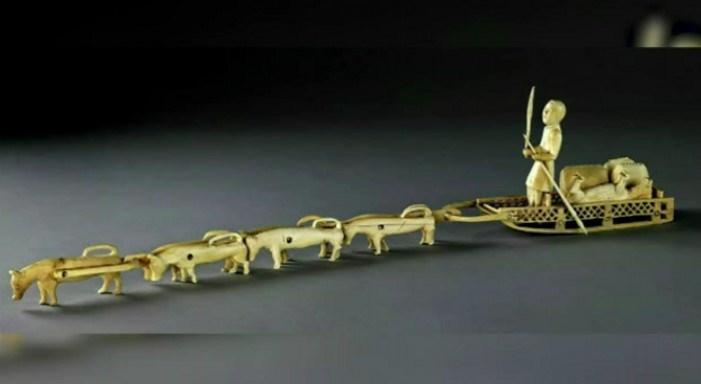 Needles for sewing, jewelry made of mammoth tusks and walrus tusks. Russian Academy of Sciences will give the British Museum a rare find. According to “The Guardian” artifacts older than 28 thousand years will be first presented to the public in the largest exhibition devoted to the Arctic. The most amazing exhibit will be sled Inuit from Greenland made from the bones of sea mammals and reindeer. They were purchased by British polar paleontologist John Ross during an expedition in 1818.