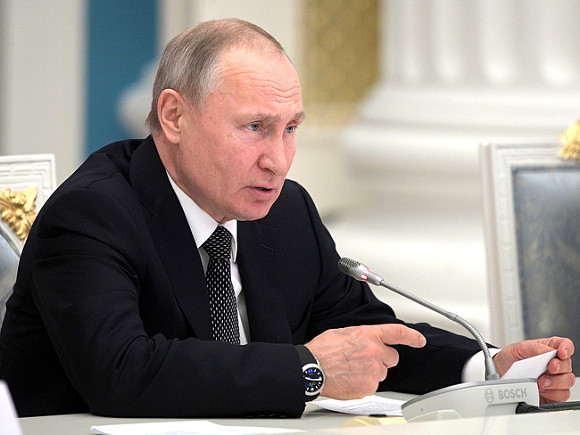 Russian President Vladimir Putin believes that the Constitution of the Russian Federation after the upgrade must ensure the impossibility of backsliding and to prevent “the attempts of the buildup of the country”, reports “Interfax”.

As the Russian leader said during a meeting with state Duma speaker and heads of factions, “with all the positive associated with the democratization of the country, no one wants to go back to the years of severe trials”. The President stressed that the need to provide “assurance of the impossibility of backsliding in the direction in which we do not want to go back”.

Putin also expressed the view that the Constitution should unite the Russian society “regardless of nationality, wealth, religion and place of residence”, stressing that the situation in the country “has changed radically”.

In addition, the President expressed the opinion that the amendments to the Constitution that will be put to a nationwide vote on 22 APR, designed “not one generation, but for half a century”.