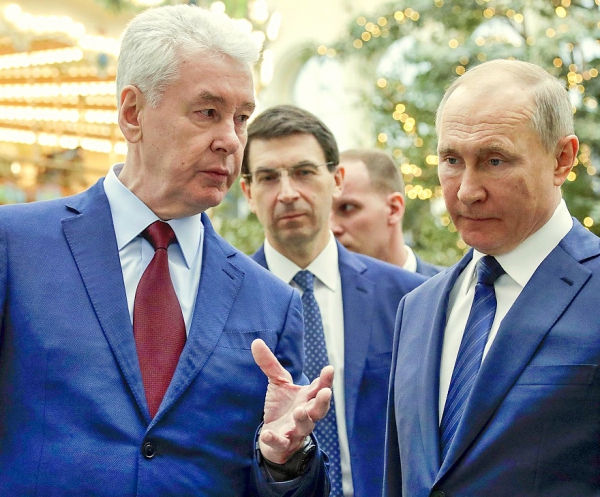 Russian President Vladimir Putin on Thursday talked with the first visitors to the theme Park for children “Island of dreams” in Moscow – children from orphanages, large families, low income and in difficult life situations of families and wards of the charity Fund Konstantin Khabensky.

During the inspection of the theme Park, the President was surrounded by children. Everyone wanted to be photographed with the head of state, why even a small crowd. “You take a picture with Putin? He came to meet us, you know?” – talking among the children. The President never refused in the joint photo.

Putin asked the students whether they like to ride the rides. The children replied in unison: “Yes!”. “I congratulate you with spring! Spring is coming. All the best!” – the President said.

Putin has walked the streets of the Park “Island of dreams” and learned about how to work the new family entertainment center.

Tour for the President of the Russian Federation held the mayor of Moscow Sergei Sobyanin, who said that the Park was created over three years in the Nagatinskaya floodplain. According to him, the renovation was subjected to the former territory of the plant ZIL, which should now Technopark, houses, stadium and “Island of dreams”. “It’s a giant theme Park, the largest indoor Park in the world,” said the mayor. He drew attention to the fact that the project is fully private, investments amounted to $1.5 billion.

According to Sobyanin, the city authorities helped in the development of infrastructure, primarily transport, within walking distance opened metro station “Technopark”, close to station CIP “ZIL” for motorists opened the bridge Kozhukhovsky Zaton from the Yuzhnoportovy district. The mayor stated that it also plans to build a river station on the waterfront opens river service between Central Moscow and the “Island of dreams”.

The mayor also noted that near the “Island of dreams” will appear on the city promenade, on the waterfront opens, the hotel will be built creative cluster. Speaking about the theme Park, Sobyanin said that it was “written a new story on the old fairy tales.” The authorities expect that a theme Park can receive up to 7.5 million people per year. At the moment in the Park ready 35 entertainment, including 27 rides and attractions, five shows. The mayor noted that the improvement district was conducted in compliance with all environmental requirements, in particular with the former territory of the plant was exported waste total volume equals to the stadium “Luzhniki”.

Theme Park opens on February 29. Ticket price will range from 1900 to 2900 rubles depending on day of week and category of the ticket. This ticket gives you the opportunity to enjoy all the amusement Park an unlimited number of times throughout the day.

“Dream island” – the largest in Europe and Asia year-round children’s indoor theme Park with an area of about 240 square meters with a capacity of about 12 million people a year, as well as Russia’s first urban resort is a tourist attraction located on the banks of the Moscow river.

The Park is divided into themed areas, including the streets of Rome, with the facade of the Colosseum, street London, street of Barcelona, with a facade of the “House of bones” Antonio Gaudi, “the Snow Queen” by attraction “Ice-carousel”, “Smurfs ‘ Village” with attraction “Crazy invention of the master,” “Hotel Transylvania”, etc. Also installed the theme “Abandoned house”, “Race of the future”, “Tower Gargamel”. The heart of the City promenade area of Moscow. Moscow area covers Europe’s largest glass dome (8,6 thousand sq m). Under the roof of the Park will work in concert hall, Dream hall and large cinema halls on the 17th. The surrounding territory is landscaped Park with lanterns and walkways leading down to the promenade, children’s Playground. Planted more than 820 trees and shrubs. In the spring it will break lawns, will be a lot of greenery, coziness and comfort.