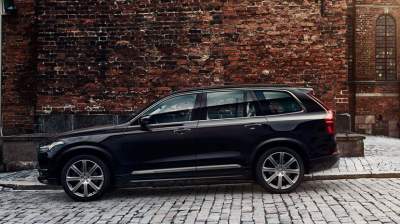 These models will not disappoint.

Experts have called the five of the safest cars.

As a result of security tests, the experts could choose the 5 most safest cars of SUV segment. they recommended to purchase. Thus, in the first place was the model of the Swedish brand Volvo crossover XC90. Automobiles have long been considered among the safest in the world. Thus, the model is equipped with system of automatic braking, which works with radar and cameras, which analyses the road in front of traffic, and find other cars, pedestrians, bicyclists or large animals. Reaction speed electronics, while exceeding the response speed of an ordinary person.

In second place was the Mercedes-Benz GLE, in which the standard driver assistance system has been upgraded. for example, Autonomous control system in traffic can pull over to the edge of the strip to make room for ambulances and adaptive cruise control reduce speed before the jam. Closes the top three Japanese Lexus RX, which is equipped with auxiliary systems, including monitoring driver fatigue and an automatic braking function.

In addition, the experts noted the Audi Q7, which is able to analyze the traffic ahead of him and will not allow the driver to turn across the oncoming traffic in the event of an approaching front. And closes rating Acura MDX. The model even after upgrading equipped with AcuraWatch technologies. It comes with safety systems such as collision prevention, retention in the lane and cruise control with radar.