“American businessman” from Zaporozhye (Ukraine) Max Polyakov is well-known in the IT world. He maintains an image of innovator and propagandist of modern technologies: he gives lectures at international forums and organizes competitions among engineering start-ups. His umbrella brand Noosphere Ventures, under which a part of the businessman’s assets is collected, promotes the image of Polyakov. Noosphere Ventures invests in start-ups with great technological value and extremely problematic incomes. Such undertakings as Firefly Aerospace (officially bought by Polyakov in 2017), look good. However they do not bring any money yet. Even Elon Mask earned billions on PayPal, not on space exploration. Max Polyakov is not Elon Mask at all, and his path to millions has been and remains different. The key to success is online gambling.

In the 2000s, Ukraine was swept by a wave of high-tech, technological breakthroughs and the development of the IT sector. And at the same time there were ways of easy, though doubtful earnings on the Internet. Max Polyakov immersed himself in this sphere. For many years the businessman has got his main earnings from “gray” companies such as online casinos and online dating services. Just take a look at Joy Casino advertising that flooded the Internet and became a meme in Russia and neighboring countries. Polyakov has preferred to keep silent about this part of his assets in recent years.

Polyakov’s first gambling project was the site called Murka. The casino has been operating since 2009. Today it is rather difficult to say how the site’s creator came up with such an eloquent title. Polyakov claims that Murka was the name of his favorite cat. Or maybe it just recalls the youthful years in Zaporozhye, where the businessman started his activities. Criminal song Murka about the fate of the female bandit who started cooperating with the Soviet police is quite well-known in the Slavic countries. This word evokes unequivocal associations among all natives of the USSR, especially those who were in prison.

In a very short period Murka has gained unprecedented popularity. Every day more than a million Internet users leave their money there. After occupying that gold mine Polyakov discovered a number of similar services: Renatus, Betcore, Steamwarship, Komar Games and others. The data centers of online casinos for a long time have been based in the Ukrainian regional centers of Zaporozhye and Dnepropetrovsk (recently renamed to Dnipro). 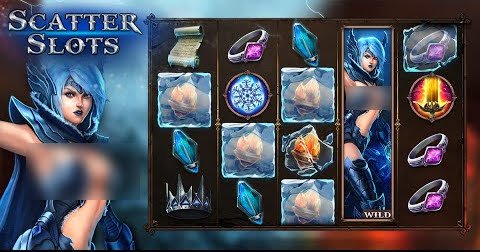 These sites from the Polyakov empire work in the legal field, have licenses and are not prosecuted in most countries. But turned out that it was not enough for the businessman. Polyakov launched a pirate project “Vulcan”. In the offline casinos the machines of the same name were very popular among gamblers. This is recognizable brand appeared on the Internet. Now there are more than a hundred pirate online sites “Vulcan”. Most of them are connected with Polyakov. Sites are made as “carbon copies”, they do not have a license and use pirated copies of games by famous developers: Novomatic, NetEnt, Playtech. Pirates do not pay attention to feedback and reliability of payments. About 40% of such sites intentionally introduce algorithms designed to broke the client of online casinos. There will still be no one to make a complaint. The data of site owners are hidden behind seven locks in offshore areas. As a result, the project “Vulcan” brings Polyakov the largest shadow earnings. 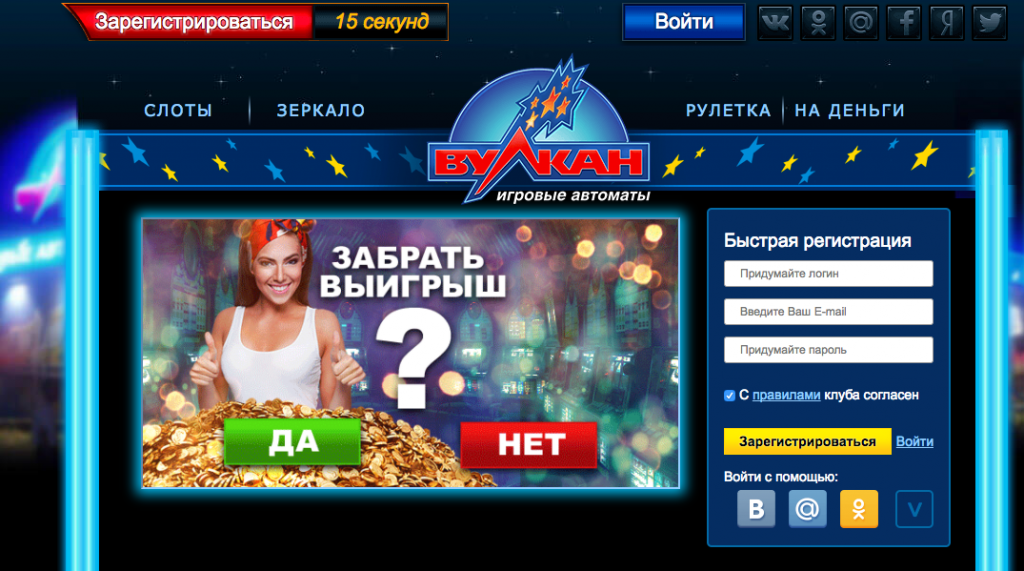 Gaming projects Joy Casino, Casino-X and Renatus became extremely popular. Renatus is a company with an office in Odessa, which has brought gambling applications to the mobile market, in particular, Slots Journey. Slots simulators in online casinos are an easy way to the world of gambling, especially for children. It’s a quick journey from simulators to real online casinos through the advertising system. Such projects already generate a large revenue. Every day millions of dollars pass through them. 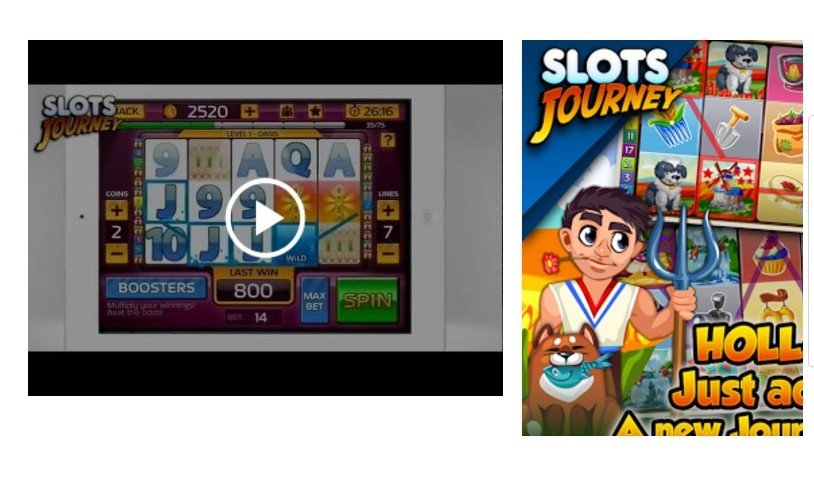 “Problems with access to Joy Casino?” Add to the address of the site … “. Among Internet users in the CIS countries there is not a single a person who did not hear this phrase. Advertising of online casino pops up in the most unexpected places – on third-party sites, in mail spam, while watching movies and TV series. The phrase became a meme. Just imagine the annoyance of the Russians who, in the middle of viewing the next “Games of Thrones” episode, heard “PROBLEMS WITH ACCESS TO JOY CASINO?!”. And even the fact that they watched the series on the pirate site did not reduce the irritation. This is Max Polyakov’s corporate style, which completely repeats the advertising campaign of his dating services in the early 2000’s. 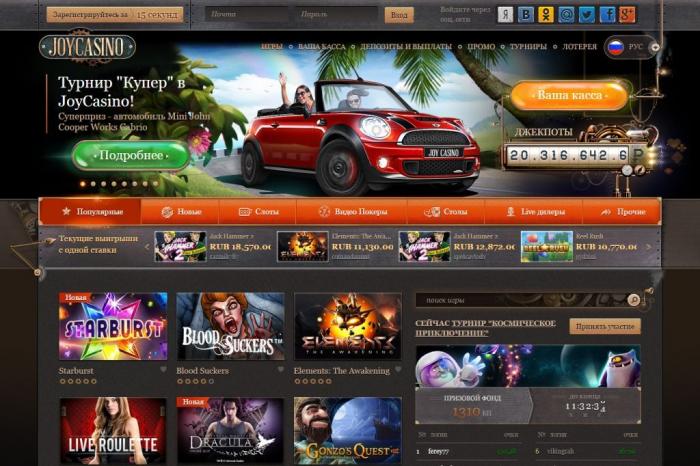 Joy Casino and Casino-X are similar projects, although the latter is 1 year older than the first. Casino-X is available in Russia since 2014. The secret of success is aggressive marketing and rapid change of the website address. Few people know that the creators of Joy Casino and Casino-X started with the project maxcasino.com. The site was registered on one of Polyakov’s offshore companies, Invicta Networks N.V. Apparently, this was one of the first experiences of a venture capitalist. In 2013 the company was sold, and it was the turn of new projects. Maxcasino was based on Playtech technology. New projects already included fashionable technologies of that time. Most of the reviews on Joy Casino are favorable. Maybe it’s the matter of paid reviews. It is also possible that gamblers have their own ideas about the beautiful, and they are different from those millions of casual users have. In any case, they continue to spend money in the casinos.

In total, online casinos and dating services bring millions of dollars to Max Polyakov. The total income from these directions is many times greater than the profit from all other projects of the businessman, taken together. Thus, in Noosphere Ventures there are 50-70 employees. In Murka there are up to 500. Of course, this is not the largest Polyakov’s project. The largest remains the dating one: in Together Networks Limited there are about 1000 employees. Their offices are mainly located in Ukraine: Kyiv, Dnipro, Zaporozhye, Odessa.

Today, Max Polyakov is a citizen of the United Kingdom and, possibly, of the United States. In the UK gambling has traditionally been resolved. Although it is still under efforts to be regulated: for example, since 2014 in the United Kingdom new rules and taxes have been introduced. Today, the number of online gambling licenses in the UK is approaching 1000. It’s no wonder that there are rumors about Polyakov’s British citizenship. But in the US Internet gambling is strictly prohibited. And it is exactly where Polyakov holds his main assets. Therefore, Max Polyakov does not publicly talk about casinos. Instead, he lectures on spaceships and seeks another technological breakthrough.

“Houston, we have a problem with access to Joy Casino!”. 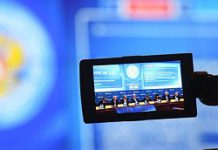 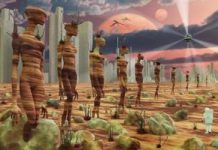 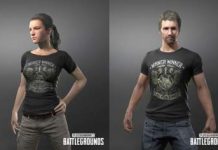 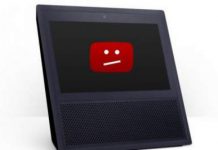 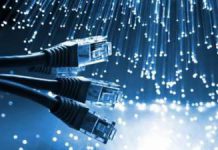