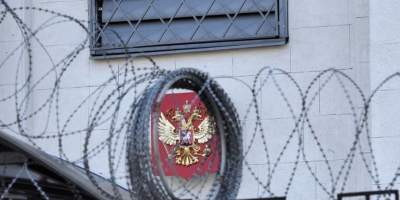 The U.S. Treasury has imposed sanctions against three individuals and nine legal entities in connection with Ukraine and Crimea.

The U.S. Treasury Thursday announced the expansion of the sanctions list on Ukraine and Crimea, adding three individuals and nine legal entities.

According to a press release of the Ministry of Finance, under the sanctions were the citizens of Ukraine Alexander Basov and Andrey Sushko, as well as a citizen of Russia Vladimir Zaritsky.

Earlier Thursday, the imposition of these sanctions was announced during a telephone briefing, the special envoy of the US state Department in Ukraine with Kurt Volker.

According to him, “these sanctions affect three individuals and nine legal entities that support Russia’s attempts to integrate the Crimean region of Ukraine by private investment and private projects, or those involved in serious violations.”

The first decree of U.S. President Barack Obama 13660 to impose sanctions for actions that “undermine democratic processes in Ukraine; threaten its peace, security, stability, sovereignty and territorial integrity and contribute to the misappropriation of its assets” was signed on 6 March 2014

Three subsequent decree 13661, 13662 and 13685 expand sanctions over actions against Ukraine against Russian officials, the military and individuals and entities operating in Crimea. The decree also introduces 13662 sectoral sanctions in certain sectors of the Russian economy. A decree 13685 prohibits the import and export of goods and services and investment in Crimea to individuals and companies from the United States or their subdivisions.

These sanctions have been extended several times. The current President of the United States Donald trump has extended them until March 6, 2019.