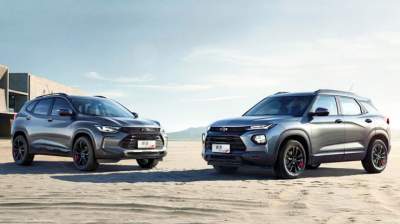 The new version of the SUV.

American concern brought to the auto show in Shanghai, which opened its doors just today, the “simplified” version of the new Chevrolet Trailblazer.

Recall that in some countries under the title represented a mid-size frame SUV. But the version for the Chinese market has with the aforementioned model shared only a name and represents a cheaper compact SUV with a monocoque body. Technical characteristics of low crossover are still kept secret.

In motion Checrolet Trailblazer will be powered by 3-cylinder turbocharged engine capacity of 1.3 liters, the returns of which will be 165 HP as the transmission provides 9-speed hydromechanical “automatic”. In the basic equipment novelties included front-wheel drive, but for a fee you can order four-wheel drive version.

It is expected that the start of sales budget Chevrolet Trailblazer in China will take place in autumn this year. Serial Assembly of the model will launch the joint venture of GM and Chinese auto giant SAIC.