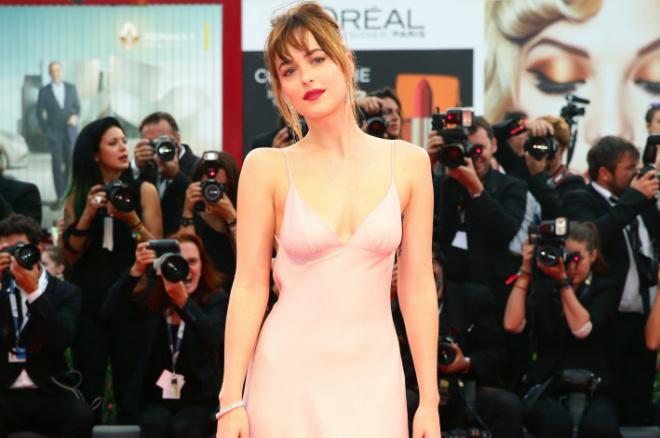 Photo of the day: the Star of “50 shades of grey” has shared a provocative photo

Shortly before the release of the first part of the erotic trilogy “Fifty shades of grey” Dakota Johnson in an interview with The Telegraph admitted that shooting the film was not always comfortable:as for the shooting process, of course, I was terribly embarrassed, because I’m a man! And here is my body I am absolutely not ashamed. I like myself. I think that women should be more confident. I think the scenes with nudity and sex in movies can be beautiful in that case if they are shot with taste. On the set of “Fifty shades of grey” but I trusted our Director, she has created for us. At the site always worked a limited number of people. Sam Taylor-Johnson [the Director – Ed. Ed.] watched the footage and discussed whether or not to move the camera over here and reshoot this point? Or, perhaps, in this scene I needed to breathe otherwise? For us it was very important to convey the desired emotions.”
Movie trailer 50 shades of grey”
The continuation of the story can be seen in the film “fifty shades darker” for 9 February 2017.