The trend of 2019 will definitely be a smartphone with a folding screen – too many companies working on such devices. Into their number entered and the Chinese Oppo, today filed a patent application with a description of foldable mobile devices. 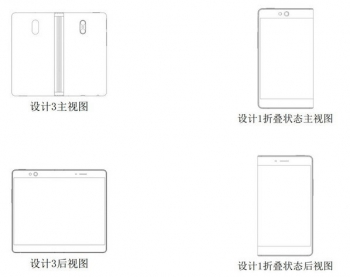 Judging by the proposed images, Oppo is not very much time spent on working out the concept, deciding that all brilliant – just. Her creation when folded resembles a small notebook and unfolded a compact tablet computer. Support for stylus, extra screen, and any other features in the patent application are not mentioned. The timing of the release of his first folding smartphone Oppo not reported – apparently its patent is only a kind of demonstration of capabilities to potential buyers and, more importantly, major competitors, including the Korean company Samsung.

Currently on the market there’s only one modern smartphone with a folding case is ZTE Axon M with two large screens. ZTE is already working on its second generation, and their first-born this year are going to release the mentioned Samsung and LG. In their case, no specifics on the timing of the release, or at least in appearance and specifications no.