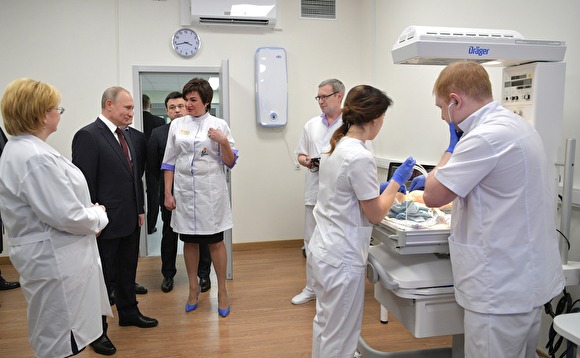 Salaries of state employees under may decrees of 2012, in 2019 achieved the targets for all categories of employees in only four regions of Russia. RBC, citing data from Rosstat.

We are talking about Leningrad and Penza regions, Altai Krai and Chechen Republic. In all other Russian regions, the targets are not achieved in at least one of the 12 categories of public sector employees.

According to the decrees may, by 2018 the average salary of teachers, social workers, and nursing staff had to reach 100% of average wages in the region, and salaries of doctors, University professors and researchers — 200%.

At the end of last year, only 16 regions were able to provide this ratio for all categories of employees, and this year the number of the RF subjects was four times less.

The worst things in the educational sphere — in the category of educators of preschool institutions, only six of the 85 regions of the retained target values. A similar situation exists among social workers and nurses. In 24 regions the average salary of doctors was not twice the average for the region, and in 14 regions have not even been able to match the regional average. In 46 regions the salaries of health workers is not increased.