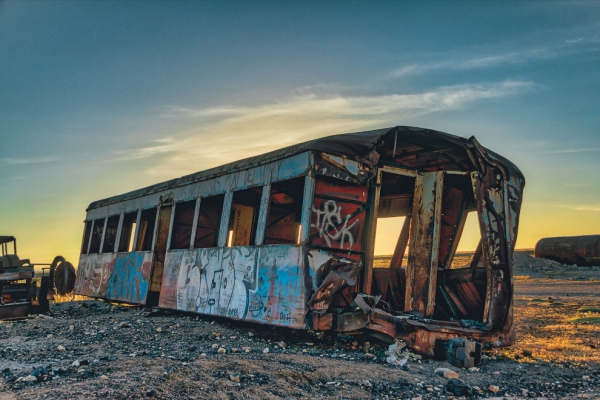 Fueling anti-Russian sentiments, the Minister of infrastructure of Ukraine, Omeljan trying to hide their economic failures on the post, said the politician and public figure Viktor Medvedchuk.

Ukraine are still discussing the controversial idea of the Minister of transport Volodymyr Omelyan to stop passenger rail message with Russia, the correspondent of IA REGNUM today, August 10.

So, politician and public figure Viktor Medvedchuk noted that roads in the country, infrastructure projects have died, “Ukrzaliznytsya” is moribund — but the “statesmen” who call themselves “reformers”, one after the other promote infantile, and most importantly, dangerous, destructive for the country initiatives.

According to the leader of “the Ukrainian choice — the Right of the people”, to close the border for Ukrainian citizens using the opportunity to go to work in Russia to feed their families in the country, which the efforts of euroreparatie mired in debt, poverty, unemployment, is really the climax of “reformed” thought.

“Before to produce such ideas, Mr. Omelyan, thinking in the spirit Fonvizina ignoramus would do well to at least study the statistics. According to state statistics, in 2017 in Russia had left of 4.37 million Ukrainians. However, the Minister is a misunderstanding, man-hyperloop and patron lowcost all Ukraine, finally losing touch with reality, continues to produce ideas that, if implemented, will hit millions of Ukrainians (those who today travels to Russia to work, and those who want to have the opportunity to visit relatives, to learn and to travel),” reminded Medvedchuk.

Fueling anti-Russian sentiments in society and fomenting ethnic hatred, Omeljan trying behind a veil of “playing politics” to hide their economic failures as a Minister, says the leader of “the Ukrainian choice”.

“But no matter how hard Mr. Omelyan, Ukrainians went, go and will go to Russia, strengthening of relations between our countries, restoring cooperation, and developing cultural, humanitarian and economic ties. No restrictions, no black lists and sanctions measures the process cannot be stopped”, — said the politician.

He is also convinced that the Omelyan will have to resign and take responsibility for their destructive “reforms.”

“Like other officials, euroreparatie government Yatsenyuk, Groysman — all those personalities who, having destroyed the economy, drove the country into debt bondage, brought to poverty of millions of Ukrainians, had a feast during the plague, receiving millions in salaries and bonuses, parasitic on its people”, — summed up the politician.

IA REGNUM recalls — August 6, in one of teleinterview to the Omelyan asked whether there was any increase in the number of trains to Moscow, as this area is one of the most profitable.

“On the contrary, we consider now the option of closing the rail link with Moscow,” — said the official.

A little later he said that the Ministry of infrastructure of Ukraine proposes the government to discontinue passenger-only railway communication with Russia.

“Cargo message there is a problem not only in the fact that “Ukrzaliznytsya” will lose significant revenues in its budget, but also with international law, in particular, with the commitments that Ukraine undertook in the framework of the world trade organization. And so now we study, but do not promote,” explained the Minister.

The proposal of the Ministry of infrastructure is already formalized and forwarded to the relevant departments. Comments from the Prime Minister and the President of Ukraine on the initiative at the moment yet.