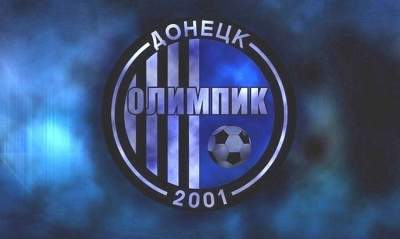 Olympic Donetsk have appealed to the Premier League with the claims to the head of the Committee for ethics and fair play of the football Federation of Ukraine Francesco Bagels.

An open letter to all participants of the Premier League “Olimpik” was sent after the decision of the appeal Committee of the football Federation of Ukraine about the lifetime suspension of six players that were previously included in “Olympic”.

For participation in contractual matches at the professional level can no longer play Nazar Jedinak, Vadim lucky, Vladislav squeaks, Artem Kozlov, Luca Nadiradze and Bogdan Stepanenko. Four of the above list are currently listed in clubs of the First League.

Previously, the Control and disciplinary Committee of FFU for participation in contractual matches was disqualified teams Olimpik U-21 and U-19 for the season-2019/20, with the club strongly disagree.

In an open letter to Premier League clubs, which were at the disposal of the portal “Tribuna.com” “Olympic” claims that the head of the Committee of ethics and fair play FFU Bagel by its actions endangers the existence of the club.

“All the accusations are based solely on subjective claims Francesco Bagels and supplied analytical materials about the alleged anomalous betting games with the participation of our club’s teams in betting companies. Thus, the analytical summary prepared by the company “Federbet”, whose founder is Francesco Bagel.

During inspections, in the absence of evidence, the head of Committee of ethics and fair play Francesco Bagel has repeatedly tried privately to persuade the players of the club in recognition of the violations, which they did, threatening him with suspension from football,” – said in an open letter of “Olympic”.

“Olimpik” has urged the clubs of the Ukrainian Premier League to Express distrust to the actions of Francesco Bagels as head of the Committee for ethics and fair play FFU.